By the time the Champion Bumper is going to get under way, many visitors to the Cheltenham Festival on Day Two will be heading for the exits. Guinness will have been drunk, high heels stuck in the grass and prizes given out for the best dressed lady in the house. There will also have been a fair bit of racing, of course, with the Queen Mother Champion Chase crowning the lot. It will mostly be racing enthusiasts and those that want to squeeze every last drop of value out of their ticket that stick around to watch this one, but it’s everyone else’s loss as the Champion Bumper is an excellent race.

First run back in 1992 under the name of the Festival Bumper, the Champion Bumper has enjoyed a number of different sponsorships over the years. Both the Tote and Guinness, companies with a decent link to the Festival, have sponsored it in the past. In 1997 Weatherbys became the race’s official sponsor and it’s been known as the Weatherbys Champion Bumper ever since.  At some point it should be given the registered name ‘Willie Mullins Champion Bumper’ on account of the fact he has won the race a staggering 12 times.

Because this is a flat race, also know as a ‘bumper’, it rather obviously doesn’t feature any jumps. It’s run over a distance of two miles and half a furlong and is left-handed. It’s open to horses aged between four and six, with four-year-olds weighing ten stone eleven pound. Five to six-year-olds can weigh eleven stone five pound and fillies and mares get a seven pounds allowance.

The Grade 1 race is the last one to take place on the Old Course before the switch to the new course from St Patrick’s Thursday onwards. 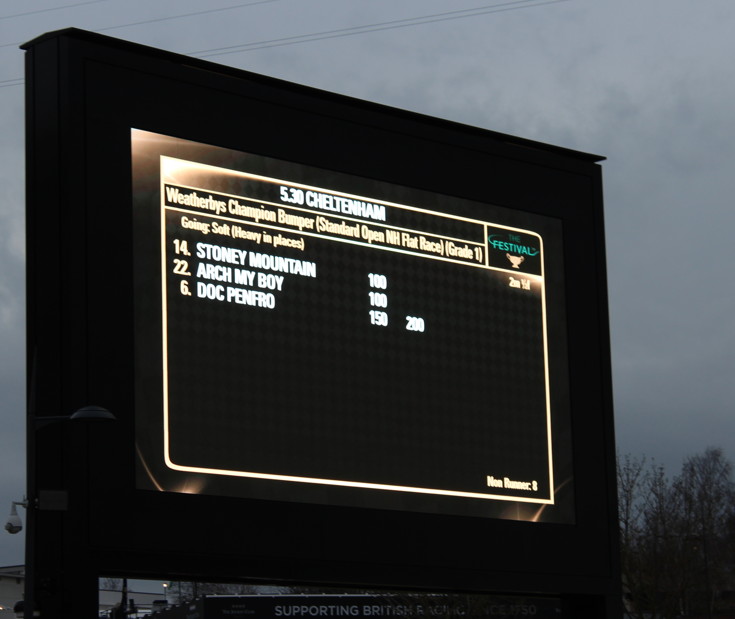 2017 might have been the first time that Mr Jamie Codd had won the race, but it wasn’t the first time that an amateur had won it. Back in 1998 a horse named Alexander Banquet came home with a promising young jockey named Ruby Walsh riding it. That win came two years after another amateur jockey called Willie Mullins won the race on the back of Wither or Which.

What makes that bit of information even more interesting is the fact that Mullins switched from jockey to trainer and trained Alexander Banquet for Walsh. His win in 1996, on a horse he’d trained for himself, started a love affair with the Bumper – he’s won it a record dozen times as trainer. Three of those wins came with horses ridden by Ruby Walsh, bringing the information full circle.  Three of those wins also came with his son Patrick Mullins, also an amateur jockey, demonstrating the ongoing success that amateurs have in this race.

Walsh along with Patrick Mullins are the most successful jockeys in the race because of those three wins each, but they are not the only people to win it more than once. Charlie Swan, Paul Carberry and Richard Dunwoody have all won it twice.  Jamie Codd also made it two victories winning with Gordon Elliot in both 2017 and 2019. Other than Mullins, Edward O’Grady and Gordon Elliot are the only trainers to manage more than one victory. 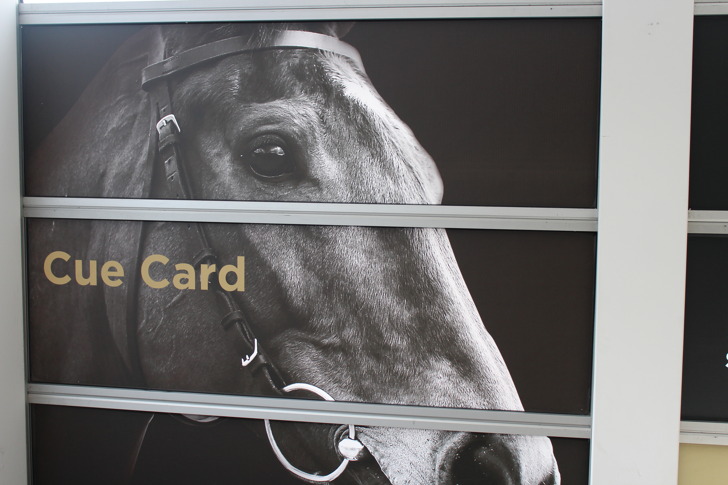 Though this race is the final one of Ladies Day it’s still worthy or your attention. It is not merely a throwaway even that the organisers have decided to stick on the end of Day Two for the fun of it. Instead it’s a genuine opportunity to have a look at horses of the future, with many of those that run in the race going on to enjoy careers as jumpers. Florida Pearl and Dunguib are examples of horses to do just that, with the former going on to win the likes of the RSA Chase and the Hennessy Gold Cup over in Ireland. Cue Card is another horse that’s impressed over obstacles after winning the Champion Bumper, only to see his career somewhat overshadowed by Don Cossack.

The race is intended to give younger horses an experience of the big time, helping them to get a sense of what it takes to win at a major international meeting such as the Cheltenham Festival. Consequently it’s an event that often has quite an open field, with younger, inexperienced horses often lacking the knowledge and wherewithal to cope when the going gets tough. That makes for an exciting race that is filled with opportunities to win if you know what you’re looking for. Obviously one of the first things you should do is have a look to see if Willie Mullins has trained any of the entrants, especially if his son is riding for him, such is the Mullins family love affair with this particular event.

It’s certainly true that the vast majority of punters look forward to the Queen Mother Champion Chase more than anything else on Ladies Day, but this is a race that the purists can get very excited about. Don’t feel that the fact that it’s the last race of the day means you shouldn’t give it any attention, it is worthy of more than that.