Many people have wondered over the years, “What, exactly, makes the Cheltenham Festival so special?” Well, if this meeting was an album then it would be Sgt. Peppers, because the hits just keep on coming. We’ve already told you about the Supreme Novices Hurdle, the race that gets the week underway, yet almost no sooner has that one finished does the Arkle Challenge Trophy get underway. Between 1946 and 1969 there was a race run at Festival that was known as the Cotswold Chase. (This is not to be confused with a race of the same name, now run as a trial for the Gold Cup and ran at Cheltenham in January since 1980).

The original Cotswold Chase was replaced by the Arkle Challenge Trophy in 1969, a race dedicated to the memory of Arkle, who won the Gold Cup on three occasions during the 1960s. First sponsored by Waterford Castle in 1991, it is a good example of Ireland’s connection to Cheltenham, having since been sponsored by both Guinness and the Irish Independent. At the time of writing it is sponsored by the Sporting Life, as it has been since 2021 taking over from the Racing Post. Arkle had a TimeForm rating of 212, which is the highest ever given to a steeplechaser. Little wonder, then, that this is seen as such a great race to win.

As with all other races on Day One, the Arkle Challenge Trophy is run left-handed on the Old Course at Cheltenham. It is open to novice chasers and is seen as the National Hunt’s leading minimum-distance chase for horses that are classed as novices. The Arkle Challenge Trophy is for five-year-olds and upwards, with mares given an allowance of seven pounds on the weight of eleven stone four pound.

It is run over a distance of one mile, seven furlongs and 199 yards, so it’s not the longest race of the meeting by a long-shot. It features thirteen fences, though, so that adds a decent amount of work to the load of the jockeys.

The name and style of the race isn’t the only thing that’s changed over the years: originally it was run on Day Two of the Festival, moving to Day One back in 1980. That gives people plenty of time to consider their options ahead of the Queen Mother Champion Chase, with some winners of this race having gone on to win one of the week’s feature races in future years. The most recent to do just that, at the time of writing at least, was Altior. He won the Arkle Challenge Trophy in 2017 and then the Queen Mother Champion Chase in 2018 and 2019.

When it comes to success for trainers in this race then Nicky Henderson rules the roost, having won it seven times since his first victory in 1991. Before his 2017 win, however, he was tied for the honour with Tom Dreaper. Dreaper won it under its old style and then did so again when it became the Arkle, seeing his horse Alpheus win it in 1971.

A number of very well-known jockeys have won this race three times during their careers. Tony McCoy won for the first time in 1997, did so again the following year and then got the hat-trick in 2004. Ruby Walsh has four victories, winning it firstly in 2003 before back-to-back wins in 2015 and 2016 and then again in 2018 (before breaking his leg for the second time in a season the next day).  Barry Geraghty also has four wins. 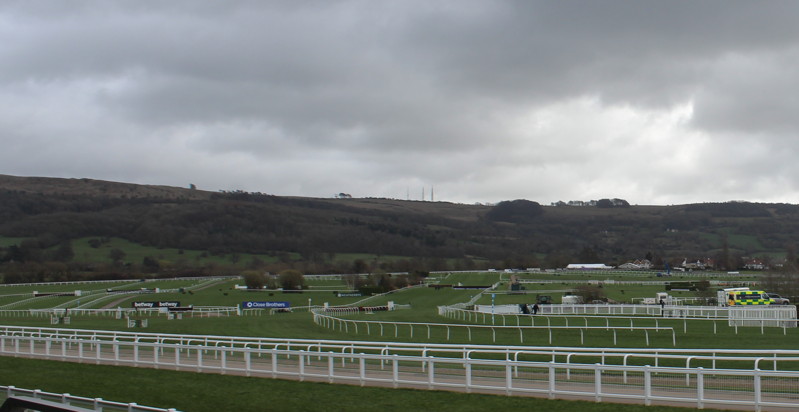 Though it’s not the longest race of the Festival, nor the race with the most jumps, the combination of the distance and the thirteen fences has seen many a favourite flounder in the past. That’s why it’s an exciting one to watch, as novice horses get to grips with a challenging race and their jockeys try to guide them through it all.

The Arkle Challenge Trophy is a race for the well-researched punter to have a go at. More often than not it is won by a horse that has impressed during the National Hunt season that precedes it, so that’s worth having a look at in the form book. This isn’t the most exciting race of the day, but it’s one that has its own moments of enjoyment and intrigue.

The adrenaline might have waned a little after the Cheltenham Roar got the Festival underway with the start of the Supreme Novices Hurdle, but you won’t be looking for a book to read or somewhere to have a nap if this race has got anything to do with it.

Arkle was an incredible horse, arguably the best ever to win the Gold Cup. For that reason the race named in his honour very rarely disappoints, with horses having to earn the right to call themselves winner of something named after the best winner of them all.