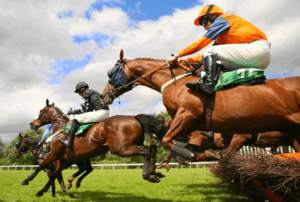 Those of us that enjoy horse racing will often tune-in when an even like the Grand National or Cheltenham Festival week roll around, enjoying watching the horses involved jump some of the most impressive and intimidating fences in the world of horse racing. One thing that we don’t always ask ourselves is why it is that horses jump the obstacles that they’re faced with during the races that we enjoy so much. Is it merely a matter of doing as they’re told, taking on the fence or hurdle because their rider has instructed them to?

There are jumps involved in numerous different disciplines of horse events, so it is unlikely that they’d do it for them all if they didn’t like at least an aspect of it. Horses jump in the wild, so it is entirely reasonable to surmise that they enjoy the activity of jumping. Perhaps they wouldn’t take on as many obstacles as they might face in the Gold Cup, say, but they’d still run and jump if there was a necessity to. The jumping of fences in horse racing and other events, meanwhile, is demonstration of the trust that they have in their riders.

Horses Won’t Do What They Don’t Enjoy

There are countless arguments against the discipline of horse racing that we don’t have time to go into here. Those that oppose the sport will splash social media with countless reports of the horses that have died during the Grand National, for example, or tell you all about how it is a cruel sport. Though there are certainly some valid opinions on the matter, this isn’t the place to discuss it. Equally, it is worth pointing out that horses can be stubborn animals and they would simply refuse to do something if they didn’t want to do it.

When you see a horse refuse to take on a jump during a horse racing meeting, they’re not doing this because they don’t enjoy it and they’ve had enough, deciding to make a stand there and then. Instead, they’ll refuse because it looks like it is too high for them, or the mechanics of the jump are all wrong. During the initial moments of a jump, as they approach the obstacle, the horse will have a sense of whether or not they’re going to be able to make it and won’t put themselves under undue pressure to complete a difficult jump.

It Is A Natural Activity 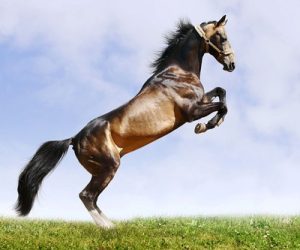 Jumping is a natural activity for horses. In the wild, horses will often jump fences or other obstacles if it allows them to get away from a predator. They are generous animals that are willing to do what is asked of them, provided they feel safe and comfortable doing so. For trainers, the trick is to introduce horses to difficult obstacles gradually, slowly increasing the size of the thing that they have to get over until you get to the right size. Given that they’ll naturally want to jump things, it can actually mean trainers needing to discourage them until they’re ready.

If you’ve watched enough National Hunt racing then you will often see a horse that has dismounted their rider continuing run the course with the rest of the horses taking part in the race. This isn’t just because they’re caught up in the melee of racing, given that they will often either lead the pack or else be far enough behind that they could stop running if they wished to. This is a sign that horses get enjoyment out of jumping, especially if they have been well-trained and rewarded for accomplishing jumps in their yard.

Horses like to work and they like to train. As a result, once you have started working with a horse to teach it to jump you will need to take certain precautions to ensure that it doesn’t try to jump over the fence keeping it in its field. Generally, horses will be happy as long as they have got space to roam around in, food to eat and water to drink. Provided they have got grass and a dirt path, most horses will be content in their field and won’t need something like an electrified fence to keep them contained in your field of choice.

It is worth bearing in mind that the world of steeplechase racing began in 1752, when Cornelius O’Callaghan and Edmund Blake made a bet about which of them could race from one church to another. They were in County Cork in the South of Ireland, looking at the steeple of Saint John’s Church in Buttevant and that of Saint Mary’s Church in the town of Doneraile. That was a distance of about four miles, so it’s fair to surmise that they weren’t actually looking at the two steeples simultaneously of course.

With a prize of 600 gallons of port on offer, the competition was to be the first person to touch the base of the steeple that adorned the church in Doneraile. Obviously, with speed being of the essence, the riders didn’t want to have to take any diversions. Instead, they got their horses to jump whatever obstacles were in their way, from walls to fences, boulders to rivers. So it was that the steeplechase was born, though the obstacles that horses have to deal with in the modern era are much friendlier than the horses of O’Callaghan and Blake will have had to deal with. 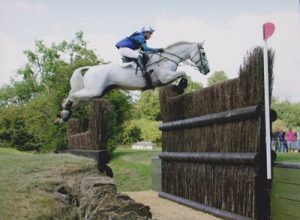 For those that work with horses all the time, understanding the mechanics of how a horse jumps can ensure that they become a better rider. It can also allow trainers to better understand how to work with their horses in order to improve their jumping technique in the long-term. In truth, jumpers need to have not only the physical ability to get into the air when taking on a jump but also the mental fortitude to do something that must seem slightly alien to them. Though there is obviously an argument that they enjoy it, it will still seem strange.

The mechanics of a jump are generally the same for all horses, assuming that they are not lame or blind. How much a horse weighs, how strong it is and how much it conforms are all important factors that riders and trainers need to take into account. The bones need to be working in such a manner that they are able to propel the horse not only forwards but also into an upwards movement. In steeplechasing, horses need to propel themselves vertically and horizontally at the same time, which isn’t always an easy feat to accomplish.

There is no specific formula that makes a horse a good jumper. The best horses in the world of jump racing will offer a combination of strength and coordination, even if the exact mechanics of how they get over a fence will differ from horse to horse. Given that horses tend to have the ability to jump three times their own height, it is fair to say that they are actually jumping within themselves when taking on a National Hunt course. Even so, there are external factors that make it such a tough thing for them to do during races.

Arguably the most important part of a jump is the approach, given that this is when a horse will either set itself up to jump an obstacle correctly or else decide that it doesn’t want to do it. Horses will round their back to ensure that their hind legs are further forward in their stride, shift their balance backwards and concentrate the power into their hind quarters. The body coils because this allows for the take-off, whilst the sequence of their foot fall is the same for a full gallop. They use their forelegs as a pole-vaulter will use the pole.

The non-leading foreleg will absorb most of the force for the take-off, pushing off first. Momentum will carry the body weight over the front legs, at which point they will leave the ground. The stored energy in the muscles and tendons is released, allowing them to lift themselves off the ground thanks to the timing of the release. The trajectory of the jump is set by the forelegs, with that happening before the hind legs have even reached their take-off spot. Many horses also throw their head up at this point to help them gain elevation.

The moment that the horse is in the air, the key thing is for them to get their legs out of the way of the jump. This is done by bending the elbows and pulling their forearms forward and up. The lower forelegs are then tucked, with the majority of horses curving their back and neck. At the midway point, horses will then start to invert their backs in order to allow the hind legs to clear the obstacle. The rider can have limited effect on the horse midair and therefore just needs to avoid interfering in a way that might cause an error.

Once the horse has completed the parabola of their jump, the front legs will touch down on the ground. Again, it tends to be the non-leading foreleg that lands initially, causing it to absorb about 20% more of the force than the leg that is leading. The rider needs to ensure that they keep their balance neutral, given that a lean one way or another will indicate that that’s where they want the the horse to run. The forelegs stop the horse’s body from rotating before the rear legs land and the momentum allows them to canter forwards.