In the world of horse racing, a dead heat occurs when two or more horses cross the finish line at exactly the same moment. It sounds like an unlikely scenario, but, at least in handicap races, it is the dream of race organisers. Handicappers assign weights to horses according to the horse’s ability, so it would be the perfect outcome as far as they’re concerned for all horses to cross the line at the same time as it would mean they’d got their weights spot on.

The big question for bettors, of course, is what happens to their wagers on occasions when dead heats happen. Does everyone win? Because they’re a relatively uncommon occurrence, it’s hardly a surprise that few people actually know what to expect if a race they’ve bet on finishes in a dead heat. Knowing what happens will save you feeling stressed on the rare occasion it happens to you, so we’ll explain it all here.

In the vast majority of horse races, there is one horse that is either so much better than all of the others that it wins easily or something else happens to mean that the winner of the event is clear. This doesn’t always happen, however, and sometimes two or even more horses can cross the finish line at exactly the same time as each other. Even in this day and age of amazing technology, it can still occur.

Photo finishes will be something you’ll probably have heard of, with a photograph of the horses crossing the finish line being inspected by race stewards to see if there’s anything that can separate them. The dead heat will be declared if there’s nothing that can separate them, meaning that all of the horses will be declared the winners in a dead heat. This is more complex for bookmakers than you might imagine…

The punter in you will no doubt argue that if three horses cross the finish line at the same time then they’re all winners and should be paid out as such. Unsurprisingly, bookmakers don’t agree with you. When you go to place your bet on the market, you’ll notice something along the lines of ‘dead heat rules apply’ in the small print. This is a bookie looking after themselves in case the unlikely happens.

Pretty much all UK-facing bookmakers use the same dead heat rules, so there’s not much point shopping around as far as this one is concerned. If you really detest the idea of dead heat rules coming into play then you’ll have to bet on a market that can’t have one, which are those that offer a draw. In the world of sports that can offer dead heats, however, you’ll usually find that your returns are less than you were expecting.

Returns for wagers that end in a dead heat are calculated by dividing the stake that you paid by the number of horses that tied in the race. Let’s say that you bet £3 on a race that ended with three horses tied for first, this would mean that you stake would be divided by three and therefore reduced down to £1. This is because bookmakers consider that your bet was shared with two other winners, so it is divided by three.

Obviously you don’t need to worry about doing complicated maths if your stake money was far from simple, given that the bookmaker will do all of the mathematics for you. Even so, it’s handy to know so that if a race you’ve bet on ends in a dead heat you can work out how much you’re likely to get paid. Remember to divide you stake by the number of horses that tied, not the odds of the horse you bet on.

What About If It’s An Each-Way Bet? 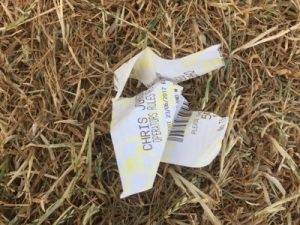 If your bet is a straight one on the winner then it’s relatively easy to figure out how much you’ll be paid. You get paid the full odds on your stake divided by the number of horses that tied for first. Things get much more complicated if you’ve placed an Each-Way bet, though. As an example, let’s consider a horse race in which the horse you’ve bet on Each-Way comes second in a dead heat.

In that instant, if your Each-Way bet plays quarter odds on the place part of it for the top four places, the fact that it was a dead heat with one other horse would make no difference. This is because the bet was already going to pay out on four places and your horse has either come second or third. Your stake will be paid out at a quarter of the odds, just as if it hadn’t ended in a dead heat.

Let’s say that the horse you’ve bet on has come third in a dead heat instead. This is when it becomes a tad trickier to understand what’s happening. Your horse has essentially finished a third in third place, a third in fourth place and a third in fifth place, with the bookmaker you’ve bet with only paying out on four places. In this example, two-thirds of the bet would be settled as a winner.

The best way of thinking about it is by considering whether any part of your bet would have been a winner. If your horse finished in a dead heat for fifth and your bookmaker of choice only pays out on four places, for example, then you wouldn’t have got any money back regardless. Otherwise, work out how much of your bet should be a winner. A fourth place horse in a dead heat with two others means only a third would get a payout.

You then need to think about what the payout would be in normal circumstances. If your bookie pays one quarter odds for the first four places and you’ve £9 on a horse with odds of 12/1, then your horse finishing fourth in a three-way dead heat would be paid at odds of 12 divided by 4, or 3/1, and stake divided by 3, or £3. That would mean you’d get £9 in winnings.

The truth is that dead heats don’t occur anywhere near as much as one might assume. Considering so many horse races are handicaps and the entire job of the handicapper is to try to ensure that each horse taking part has the same chance of winning, at least in theory, you’d imagine that it would happen a few times a year. Perhaps it’s because of the development of technology making images clearer, but that’s not the case.

Instead there was a feeling of general surprise when Aqueduct Racetrack in New York City was home to three dead heat finishes in a single meeting back in 2006. If you want to talk about three-way dead heats then we can look to Hawthorne Racecourse in the state of Illinois in the United States of America, which witnessed one in 2018. It was the first time that the course had seen one for more than fifty years.

The fact that dead heats in general are so unlikely in horse racing means that you’ll almost certainly wonder what on earth has happened to your winnings should a horse you back end the race in a dead heat and your winnings be whittled down accordingly. At least after reading this explanation of the phenomenon you’ll have a bit more of an idea about why it’s happened and your winnings aren’t what you expected them to be.

Dead heats also apply in other sports where positions can be tied, golf, for example, sees dead heats in most tournaments.  Therefore it is worth understanding how these work in general as they come in to effect for many different markets.

Here’s a look at some famous examples of horse races that have ended in a dead heat.

1951 is notable in Cheltenham Festival history for a few reasons, not the least of which is the fact that the meeting was abandoned due to a waterlogged track. That meant that a new race, the Mildmay of Flete Handicap Chase, had its inaugural running delayed until April. It’s fair to say that it was worth waiting for, considering that Canford and Slender finished the event in a dead heat for first, adding to the excitement.

The Epsom Derby is one of flat racing’s Classics and was established in 1780. Given the amount of time it’s been taking place for, it’s perhaps not all that surprising that it’s witnessed a dead heat over the years. Indeed, maybe the thing that surprises the most is that there’s only been two, with the first coming in 1828, with Cadland & The Colonel tying but Cadland winning a run-off, and the second in 1884 when Harvester & St Gatien tied.

Another of the British Classics that has witnessed a dead heat is the 2,000 Guineas Stakes. In 1868, Formosa and Moslem both crossed the finish line at the same time and couldn’t be separated by the stewards watching. The former horse was a filly and won the Triple Crown that season. It was, of course, before the days of the technology necessary to claim a photo finish.

The final one of the flat racing Classics to witness a dead heat is the St Leger Stakes. In 1850, Voltigeur and Russborough finished tied for first place. In those days, dead heats weren’t really a thing, so the two horses faced off against each other in a run-off, with Voltigeur coming out on top. The horse had already won the Epsom Derby, giving him to Classic wins that season, going on to win the Doncaster Cup, too.

The overly long title of the race might well turn some people off, but had they watched the 2016 running of the event at Cheltenham then they’d have witnessed a cracker. Irish Roe, ridden by Graham Lee, and My Khaleesi, with Wayne Hutchinson on board, couldn’t be separated when they crossed the line together. Interestingly, Irish Roe was one of just two horses that Peter and Lucinda Atkinson had in training at the time.

Such is the rarity of a triple dead heat that it’s worth drawing attention to it when it actually does happen. So it was that newspaper reports were rife about exactly that outcome in a $15,000 maiden-claiming race that took place at Evangeline Downs in 2014. Chessie Slew, All In The Art and Memories Of Trina all had their nose touch the wire at the same moment, with Lady Bistineau just three-quarters of a length behind.

Back to Cheltenham for the next dead heat on our list. The St James’s Place Foxhunter Chase is run over 3 miles, 2 furlongs and 70 yards, with 22 fences to be negotiated during that distance. It’s a wonder that any horses could possible finish alongside each other, yet that’s exactly what happened to Dunboy II and Merry in 1953. The race is considered to be the amateur Gold Cup, given that it’s run over the same distance and course as the blue riband event.

The Future Of The Dead Heat

The general feeling in the world of horse racing is that we’ll see fewer and fewer dead heats the more that technology improves in the coming years. Whilst photo finishes can present stewards with exceptional quality at present, there’s still an extent to which the technology isn’t quite good enough to show the exact moment that a horse crosses the finish line, whether we like it or not.

In reality, horses will hit the finish line a fraction of a second apart from one another, but the technology isn’t good enough to show this. Once it is, the stewards will have no choice but to declare a horse the winner by millimetres. It’s ether that or the powers that be will have to change the rules of racing to say that if it isn’t discernible by human eye then the horses have finished in a dead heat.