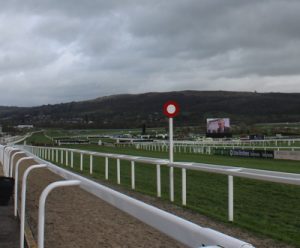 In the world of flat racing, it is difficult to envision a scenario in which no horse finishes the race. Though there can often be small fields and horses are just as likely to pull a muscle when running as humans are, the truth is that the flat nature of the race means that a jockey could simply get his horse to do a gentle trot if a scenario came up wherein the other horses in the race were forced to drop out. The same cannot be said of jump racing, however, given the manner in which the horses are asked to get over numerous obstacles before reaching the finish line.

With this in mind, it is not overly difficult to envision a world in which no horse manages to make it all the way around the course. The question is, what happens to bets placed on the event when such a thing occurs? It is, admittedly, a very rare thing, given that it has only happened once in recorded history. Yet it is important to know what your rights as a bettor are and what will happen to your stake if no horse finishes the race. After all, if there is no winner then no bets are valid, meaning that there is no choice but to declare the race void.

What The Bookies Say 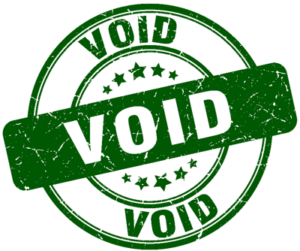 Whenever it comes to having a conversation about the rules around a certain outcome, it is always worth heading to the terms and conditions of bookmakers. Bookies aren’t stupid and they know that they need to protect themselves wherever possible. As a result, they have got terms and conditions in place to cover virtually any outcome, so as to avoid a situation whereby a punter can turn around and demand their money back unfairly, say. In racing, the unexpected is always likely to happen at some point, so bookmakers need to be ready for it.

A quick look at the small print of a popular bookie will show you a sentence that says something along the lines of ‘if no selection finishes a race, all bets will be made void’. We already know that bookmakers tend to insist that at least two horses begin a race in order for wagers on the event to be valid, so it isn’t a shock to learn that they’ve also considered what happens if no one completes it. If a winner can’t be found for a ride then the only fair thing to do is to void all bets and allow punters that had a wager on the event to get their stake money back.

How Many Races Have Seen No Horse Finish?

It is entirely fair to question how many times a race has finished with no horse managing to make it to the end. Given that a race will be considered as valid as long as it has just two runner, you’d be forgiven for thinking that it was a relatively common occurrence. In actually fact, however, there is a belief that it has only happened once in the history of recorded racing; though there is some debate over that fact, as we’ll go on to explain….

Speaking of events with small fields, the 4.25pm race that took place at Towcester Racecourse in March of 2011 got underway with just four horses taking part. It was a two-mile novice race, which perhaps helps to explain why it is that the race didn’t go quite as planned. Things began to go pear-shaped when two of the horses, Cengiz and Khukov, fell at the same fence. That left just two horses in the race, with backers of the pair getting excited that they’d be able to receive a payout for an Each-Way wager at the very least.

Identity Parade was leading the way, with a four length gap to Radharc Na Mara. Adrian Lane, the rider of Identity Parade, said afterwards that he felt as though he had the race ‘in the bag’, only for the horse to be distracted by ‘a few people around the fence’. Instead of taking the jump in her stride, Identity Parade instead partially stopped and then refused before falling after the jump. This resulted in Lane being unseated, with rules that were introduced in 2009 meaning that he wasn’t allowed to remount his steed and take her across the finish line.

The race therefore opened up for Peter Toole on the back of Radharc Na Mara, but instead was hampered by the fallen Identity Parade, resulting in Toole himself being unseated when the distracted horse stumbled after jumping. That meant that no horses were able to complete the race and so it was stricken from the record. All bets on the event were made void and bookmakers were forced to refund the stake money placed on each of the four horses to everyone that had placed a bet on one of them, much to their consternation.

The interesting thing is that the race would almost certainly have been completed had it taken place in Ireland. None of the jockeys were able to remount their horse, owing to the fact that the Jockey Club had introduced such a rule for safety two years before. The on-course vet came out and checked the horses, declaring them all to be fine, but that wasn’t enough to allow the race to be completed by any of them. The rule that says that fallen horses can’t be remounted was one that left many people confused, not least because it wasn’t extended to the world of point-to-point when it was brought in.

The Argument From Plumpton

When the race at Towcester finished with no winner, the horse racing community declared it to be the first time that it had happened as long as records of horse races had been kept. That was soon disputed by Plumpton Racecourse, who pointed to a race day back in January of 1911 as proof that they actually held that particular record. It was the 15th of the month when three steeplechases were held there, with an appropriate figure of just 15 horses taking place in the events that January.

According to the record books at Plumpton, only three horses finished any of the three races, with the other 12 participants either pulling up, falling or refusing to jump one of the fences. In one of those races, claims the course, no horses at all managed to finish. Even though this was in the days when remounting was allowed, it seems as though it was an event in which no winner was found and bets were therefore made void. Sadly, it is much harder to find witnesses to corroborate that story than it was 100 years later.

Though not a race in which no horse made it across the finish line, what happened at Southwell Racecourse in 2002 might well have been part of the British Horseracing Authority’s thinking when deciding to introduce its no remounting rule seven years later. The Feast of St. Raymond Novices’ Chase was a three miles, half a furlong event in which Tony McCoy was riding Family Business. He was unseated at the tenth fence, having already seen two other horses fall earlier in the race. He jumped in a Land Rover to be driven to the weighing room.

As he got there, Family Business, who had been running the course on his own, was finally caught. McCoy spoke to the Travelling Head Lad for Martin Pipe, Bob Hodge, and asked if he should get back on the horse and finish the race. The rest of the field had either unseated its rider, fallen or refused to jump, so McCoy got back on Family Business and headed back to the tenth, jumping it successfully at the second time of asking. He then took the rest of the race slowly and steadily, being the only horse left on the course.

At the moment that Family Business fell, Betfair offered an in-play price of 1,000/1 on him winning the race. One punter took them up on the offer, becoming delighted that McCoy had thought to get back on his mount and complete the race. Usually completed in six minutes ten seconds, he ended up crossing the finish line after ten minutes and 30 seconds. Little wonder that the British Horseracing Authority thought it might be sensible to introduce a ban on remounting horses, even if this was mainly done to protect those that might have been injured when falling.