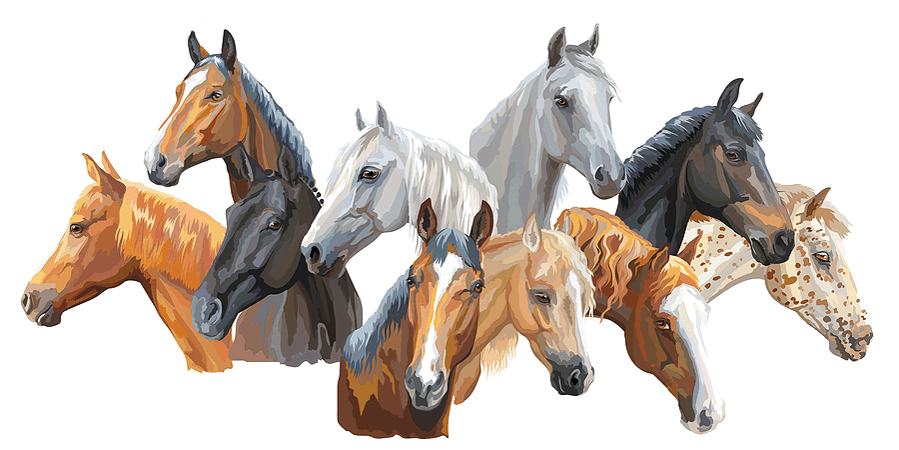 If you only watch racing in the United Kingdom then the likelihood is that you think you know about horse racing but actually don’t. In the UK, the vast majority of horses that run in races are thoroughbreds, which is also the most common type of racehorse. Bred to offer speed, strength and agility, they are genuine athletes that make watching a racing a true thrill. Though you might have heard terms such as colt, stallion or mare used, this is more about the age, sex and maturity of the horse than it is about its actual breed and type.

Move away from the United Kingdom and you will discover a wealth of different horses that are used around the world. The American Quarter Horse, is one example, whilst Arabian horses are also typically seen in races taking place in the like of Saudi Arabia. If you want to have a solid understanding of what the likely outcome of any given race is likely to be, one of the best things to do is to look into the different breeds that are most often used in different races around the world. There are many types of horse, with each offering something different. 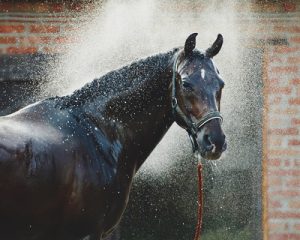 There is only really one place to start in terms of types of horse, which is by looking at the thoroughbred. Given that this is the most popular type of horse that runs in races in Western Europe, it is, perhaps unsurprisingly, the horse type that wins the most money. If there is a race worth money that is taking place, the chances are high that the majority of horses running in it will be thoroughbreds. Typically, thoroughbreds measure between 15 and 17 hands in height, largely thanks to a long neck and lean body.

Whether it be show jumping, National Hunt events, flat racing or dressage, thoroughbreds are the horses that are most likely to used in them. They tend to have fiery personalities, meaning that they’re difficult to tame, but once you have them you will find that they are a joy to see ridden. Do not confuse the term ‘pure bred’ for thoroughbred. Though all thoroughbreds are pure bred, not all pure breds will be thoroughbreds. Indeed, thoroughbred is a specific breed of horse that first bred in England during the 17th and 18th centuries, with any thoroughbred being traced back to one of the following:

Initially, thoroughbred breeding was limited to the United Kingdom, but soon some of the horses were bought by people in other parts of the world and the breeding spread. Those that win the most often become the most expensive to breed with, which is why, for a lot of breeders, more money can be made from the breeding of horses than from prize money won in races. Names like Red Rum, Tiger Roll and Seabiscuit will all be known to many, being famous examples of the thoroughbred breed that have won big races. 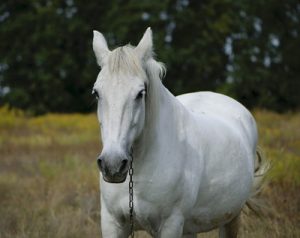 If you want to look away from thoroughbreds in your search for a famous horse breed then you don’t need to look much further than Arabian horses. One of the oldest in the world, they were first bred on the Arabian Peninsula and were initially horses used for war. With a history that traces back more than 4,000 years, Arabian horses have learnt to dealt with the harshest desert conditions. Whether it be long journeys or quick invasions, Arabian horses were used for any number of different purposes during their formative years.

Interestingly, Arabians had many desirable features that breeders around the world wanted, so they were bought and traded to improve different breeds. With large eyes and nostrils, Arabian horses usually have wedge-shaped heads and a wide forehead. Arched necks match long croups and high tail carriages, but their muzzles tend to be quite small. Often their colouring is grey, chestnut or black, with occasional bays. Because of their versatility, they are often used in many different activities. 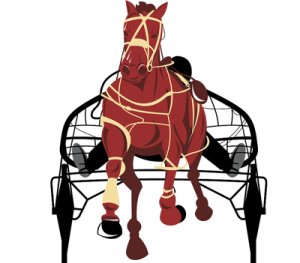 Developed in the United States of America during the 18th century, standardbred horses were bred to be able to drag harnesses for harness racing. Indeed, the breed is probably still best known for harness racing, which is one of the most common forms of racing in the US. There are numerous different horse types that contribute to the stock of standardbred horses, including Canadian pacers, hackneys and thoroughbreds themselves. The breed has been official since 1879, which was when the National Association of Trotting Horse Breeders created the stud book for it.

One of the biggest differences between standardbred horses and thoroughbreds is that they are more muscular and stocky. They will have longer bodies and are people-orientated in nature. The founding sire of the modern breed is Hambelton 10, who all standardbreds can be traced back to. As well as harness racing, they are often used in horse shows, show jumping, horse-drawn carriages and even cattle work, which is an excellent demonstration of their versatility as a horse breed. 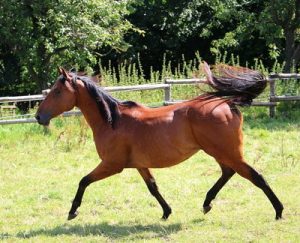 Having mentioned them at the start, it is only right that we now explain what American quarter horses tend to being to the party. They are a versatile horse, used as show horses, race horses, rodeo competitors and even just family horses in the US. The name might suggest that they are smaller than a normal horse, but that is misleading. In actual fact, they were bred to be run over a quarter of a mile, which is a type of racing known as quarter horse racing.

The very nature of the horse is such that it is good at performing over short distances, springing out of the blocks quickly and then fading not long after. Quarter horses will typically boast short heads, muscular bodies and broad chests, in addition to rounded and powerful hind quarters. They are usually between 14 and 16 hands tall, coming in most colours but most commonly a brownish-red known as sorrel. If you want a horse that can run short distances at incredible pace, the American quarter horse is the one for you.