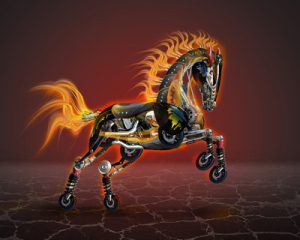 There are millions of people that adore watching horse races. Though they accept that such events can be dangerous for the horses that take part, they are willing to ignore that because of the enjoyment that they get out of the event as a whole.

There are also plenty of people that despise horse racing, believing it to be a cruel and disgraceful sport that endangers the likes of the animals that take part in the races, protesting such racing events on a regular basis. There are some that would like to find a solution for both parties.

One such solution could come in the form of robot horse racing. It is fair to say that robotics is coming on leaps and bounds, so is it so totally out of the realms of the possible that a robot horse might one day be developed that it is a laughable suggestion?

It is all but impossible to tell, of course, but it is certainly something that we can speculate over. If such a thing were to happen, what would that mean for the future of horse racing? How would it work as a concept, up to and including how important, if at all, the jockey would be? 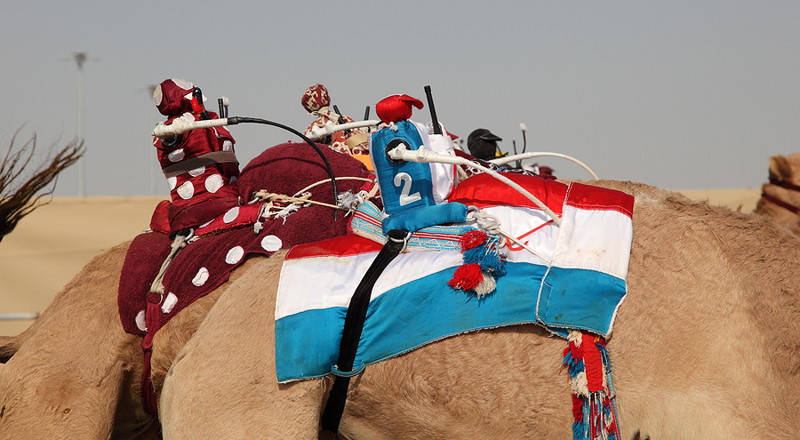 There will certainly be some people reading this that think that it is a complete and utter nonsense. Robot horses feels like something from The Terminator or Back To The Future, not something that should be seriously discussed as a possible future for the horse racing industry.

Yet it perhaps isn’t quite as ludicrous an idea as you might have thought, bearing in mind the fact that robot jockeys are already a real thing. In the likes of Saudi Arabia, Bahrain and the United Arab Emirates, countries with appalling human rights records, they’re already in use.

Camel racing has long been popular in such countries, with ‘the sport of sheiks’ being one that tended to use small children to ride and direct the camels. These children could be as young as four, with their ‘masters’ starving them in order to make them as light as possible before they would take part in a race.

Just because children couldn’t be used didn’t mean that camel racing ground to a halt altogether, however. Instead, the government of Qatar began developing robots in 2001, with the first successful model released two years later. The robots were developed in the years that followed, largely because they were quite heavy and cost quite a lot to produce.

Nowadays, they weigh around six pounds and are controlled by remote operators, who help to instruct the camels what they should be doing as they make their way around the racecourse.

Riding camels is one thing, but in March of 2018 it was announced that the (now defunct) bookmaker BetBright had helped to develop a robot that could ride a horse at speeds of up to 30 miles per hour. Not only that, but it was even able to take on jumps of around four foot in height.

Made of lightweight steel and looking remarkably like the Tin Man from the Wizard of Oz film, it was fitted with artificial intelligence that allows it to direct a horse in the same way that a human jockey would. It is the first step towards robot jockeys operating across the racing world.

Robot Horses Are On The Way

In 2019, the Japan Cup took place in Tokyo and at the entrance to Shinjuku Station, a bizarre form of advertising was used to tell people about the upcoming race. A robot horse, which cost more than many of the Group 1 race winners, stood in the station, wagging its tail and moving its head backwards and forwards in order to garner the attention of those looking to take a train somewhere.

Flanked by a robot donkey, it was a sign of what might be to come next in the industry, should technology developers and animal rights protesters get their way.

The Japan Racing Association spends a lot of money on marketing and the money isn’t always spent in conventional ways.
This robot horse cost more than many Group 1 winners and certainly caused a stir at Shinjuku Station. pic.twitter.com/JSPJAkvqXX

Whilst the robot horse at Shinjuku Station didn’t do anything, seeing it stand there and moving around was enough to give a sense of what might happen in the future. Professor of Mechanical Engineering at Lappeenranta-Lahti University of Technology, Heikki Handroos, believes that technology can have a huge impact on the future of the industry.

Robotic technology is already being used to teach equestrian skills, aimed at minimising the potential injuries to both horses and their riders. The idea of taking things a step further isn’t as ludicrous as some might think. 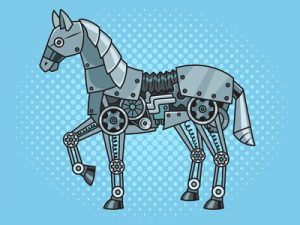 One of the big stumbling blocks when it comes to the idea of developing robot horses is the idea that punters might not accept it from a betting point of view. After all, if all of the horses are robotic, wouldn’t they each stand the same chances as each other?

There would be none of the development of a horse based on its breeding or training, with it instead being about little more than how good the programmers are who work with it. Odds could be set for the various horses, much like with other games that use Random Number Generators.

Of course, there is the chance that the robotic horses could be developed to the extent that the jockey can have a definitive impact on their chances of succeeding. It could soon be about the ability of the jockey to impact the horse’s race in a similar way to how a Formula One driver can have an impact on the outcome of an F1 car.

Realistically, the combination of people wanting to bet on it and the safety of those involved will be the main driving factors as to whether anything like this will actually ever happen in the future.