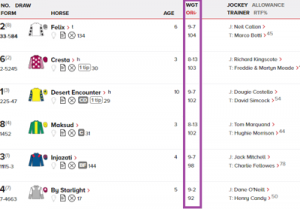 To the entirety uninitiated, it might seem as though horse that race against one another simply take to the track and what happens happens. As with any other sport, however, the participants need to be separated according to numerous different classifications, which is how the industry tries to avoid situations where exceptionally talented horses are put up against ones that aren’t as good as them, winning easily.

What we all want is a fair fight and as many competitive races as possible, which is where the Official Ratings come in to help us separate horses from each other.

In virtually any sport that you’re likely to watch, there are the top levels of the sport as well as the lower levels. It would be boring for viewers and unfair for bettors if the horses that belonged in the top level regularly took part in events alongside those that should be in the lower levels, so both National Hunt races and those that are run on the flat make use of the Official Ratings system.

Of course, figuring out the abilities of the horses that take part in races isn’t easy, which is why it is sometimes a contentious issue, with those responsible for assigning them rarely pleasing everyone.

A horse’s handicap mark, which is what the Official Rating is, is simply a numerical value that is placed on a horse based on their ability. This is usually worked out by a horse’s previous performances in races, which is why it is so difficult to offer a rating to young horses that haven’t raced much.

In flat racing, the Official Rating begins at zero and rises incrementally upwards to 130 and over. It shows you how talented Frankel was that he was rated at 140, which is the highest such rating in the history of flat racing.

When it comes to jumps, the rating scale also starts at zero, but this time it rises up to 170 and over. There is more distinction in races when it comes to National Hunt events, so the different disciplines have different horses at the top of the scale.

Istabraq was the most successful hurdler of all time, for example, and boasted a rating of 176. This was as nothing when compared to Kauto Star, however, who was the world’s top-rated horse over fences and this was reflected in their rating of 190, which may never be beaten.

The People That Decide The Ratings

Now that we have more of an idea of how the Official Ratings system works, it is worth having a look at the people that decide the ratings for horses. Perhaps somewhat unsurprisingly, the British Horseracing Authority takes control of the ratings system.

There are a team of Official Handicappers, who are tasked with the specific job of monitoring the performances of horses on the course and giving the horses that qualify for a rating an official one. At the time of writing, there are 11 Official Handicappers working in the UK.

When a horse begins their racing career, they do not have an Official Rating and are therefore only eligible to take part in events that are for maidens or novices. Once they have either won one of those race types or they have running in a maiden or novice event on three occasions, the Official Handicapper will give them a handicap based on how well they have run.

By putting these stipulations in place, the Official Handicappers gain at least a modicum of information on which to base their assessment of the horses.

It might seem obvious, but Official Ratings are constantly in a state of flux. The Official Handicapper can only base their decision on what they see at any given moment, so a horse might perform really well and get a handicap that is actually well above their true ability, or they could perform well within themselves and be rated much lower than they really should be. I

t is for this reason that horses continue to be monitored throughout their racing career, so their Official Rating can go up if they perform well or down if they do badly.

Official Handicappers work hard to take all of the factors at play into account when judging the performance of a horse. What is the Going? How much weight was the horse asked to carry? How quick was the pace of the event? What distance was it ran over and what start was the course in? They are the sorts of questions that a Handicapper will look to ask in order to fairly assess a horse’s ability.

Even once an Official Rating has been assigned, it isn’t set in stone and an absence from the track for nine months or more will see it scrapped entirely.

If a trainer or owner wants to get the horse’s rating re-installed, they usually apply to do so and it is common for the horse’s new Rating to be slightly below their old one. They will then be assessed in races in order to see whether the long-term absence from the track or any associated injury has taken its toll on them.

When we say that the Ratings are continuously assessed we’re not talking lightly, with a new set of ratings released by the British Horseracing Authority on the morning of every Tuesday, ensuring that a horse’s Official Rating represents its current ability. 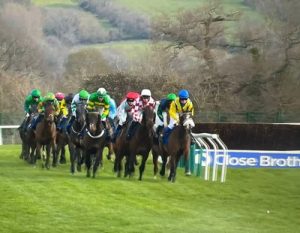 The Official Rating of a horse isn’t just a tool by which they can be assigned to the right level of race. During handicap races, which the vast majority of events in the United Kingdom are, a horse’s Official Rating will be used to assign the weight that they need to carry during the event.

In an Official Handicapper’s dream world, all horses in a handicap race would cross the finish line at the same time, given that that would mean that they had assigned all of the horses the correct weight. That, of course, has never happened.

The more talented a horse is deemed to be according to their Official Rating, the higher the weight they will be asked to carry in a handicap race. This is designed to slow them down, though some horses are so good that the weight makes little difference.

In terms of how much horses are told to carry, one point on their Official Rating is directly equivalent to one pound in weight. As a result, a horse with a rating of 100 would be asked to carry nine stone and ten pounds in a race where that is the maximum weight, whilst a horse rated 95 would carry five pounds less.

Things To Look Out For 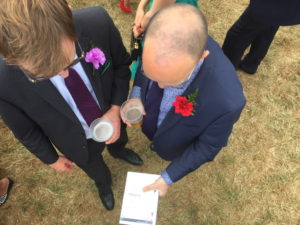 In that instance, Speedy McJumper would be carrying the maximum of ten stone and nine pounds, with Slow JumpFace expected to carry 15 pounds fewer according to their rating. That would be nine stone and six pounds, but because the minimum weight is ten stone, they’re having to carry more than that. This is called being ‘Out Of Handicap’ and if their owner or trainer decides that they will still be running, this is something that bettors will want to make note of. The chances of them winning the race are extremely slim.

As you might imagine, things work both ways. Just as some horses can be Out Of Handicap, so too can they be ‘Ahead of the Handicapper’. This is when a horse’s Official Rating isn’t updated in time for them to carry an extra weight in the next event that they run in. Imagine a horse is given a rating of 80 on Tuesday and runs in an event on Thursday that they win easily. The Official Handicapper might look to improve their Rating by ten, but that won’t take effect until the following Tuesday. If they race again at the weekend, they’ll beat their handicap.

There are penalties in place to stop that sort of things from happening, of course. Usually, a horse that wins a race has to carry an extra four to six pounds if their next race take places before the new Official Ratings are released. Whilst this will make a slight difference, the truth is that a horse that is ten pounds better than their Rating will likely be able to cope with four to six pounds relatively easily. That is the sort of thing that bettors will want to take advantage of, given that the horse will be well ahead of their handicap. 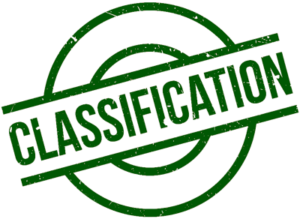 If you’ve spent any time looking at information about races, you’ll have noticed that races are put into different classes. This is how the best horses are kept away from the less talented ones, in order to ensure that those of a relatively similar rating can go up against one another.

It is a little bit like the league system in football, with Premier League teams playing one another and Championship teams kept away from them as well as not playing against League One sides, unless drawn to face one another in a cup.

The world of flat racing uses the following classification system:

When it comes to jump racing, the same sort of thing is in play. The levels work slightly differently, however, as you’ll see here:

Though in theory a horse with an Official Rating of, say, 80 could run in any races between Class 5 and Class 2 because of the wide-range of the bands, it doesn’t really happen in practice. This is because all races have a maximum field size and preference is given to better horses, meaning that there usually isn’t room to fit in lower-rated horses.

On top of that, a lower-rated runner taking part in a race that is above their natural Class would have to carry more weight than their Official Rating, so trainers don’t tend to put them into said events.

How Does The Grand National Work?

When it comes to handicap races, there are few as well-known and beloved as the Grand National. Taking place at Aintree Racecourse on the outskirts of Liverpool every year, it is considered by many to be the race that even people that don’t like horse racing will watch.

The interesting thing about it is that it is a race that bucks the trend when it comes to using a horse’s Official Rating to assign the weight that it will carry during the event. Instead of using a horse Official Rating, the Grand National gives horses a special rating that is only applicable to this one race.

One of the most testing races in the United Kingdom, the Grand National sees handicappers take into account the specific challenges that horses will be presented with during the event. They need to have stamina, certainly, but also the ability to cope with the unique obstacles that Aintree has in store for them.

Though the Official Rating provides the base from which Grand National handicaps are assigned, adjustments are made in order to take into account things like a horse previously performing well in the race or having shown an aptitude for the challengers that they’ll face.