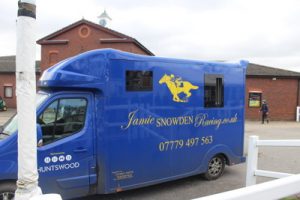 Elsewhere on this site you can read about the logistical challenge of moving a horse from place to place and country to country. As you can imagine, it isn’t an easy thing to do, but on this page we’re more interested in the effect that such movement has on horses that are then expected to take part in races and perform at their best. Whilst jockeys will fly first class when they take to the skies, how well a horse travels will depend on how much their owners have decided to splash out on their comfort while they are taken abroad.

Depending on the experience that the owners have shelved out for, horses will either travel with two others in their crate, alongside one horse or on their own. Given their ability to sleep whilst standing up, horses are generally comfortable enough on their flight, even if they can’t go for a wander up and down the aisle or buy themselves some duty free. A vet travels with them most of the time, especially if the flight is over ten hours in length, but how do they cope once they’ve landed and are expected to get out and race?

Travel Is Something Horses Are Used To

The first thing to acknowledge when exploring a horse’s ability to travel is the fact that they regularly move from place to place. Just like human athletes, horses are moved around almost from birth and therefore learn to be comfortable with what it entails from the start. They tend not to be sedated when travelling, largely because they need to be alert enough to ensure that they can use all four legs to remain upright, but they are generally quite relaxed during the travelling experience. This can pay dividends at the other end.

The International Federation of Equestrian Sport requires that horses are given a rest period when they travel and before they go into a competition, which will differ depending on how long their journey is. Horses tend not to suffer from anything like air sickness, but any issues that they might have are taken care of by resting them and asking them to remain in quarantine before they begin their proper preparations for a competition. When it comes to horses that are going to be taking part in a competition or a show, rest is different from inertia. 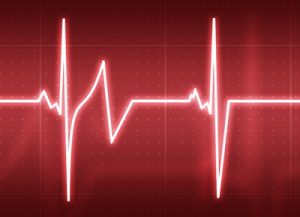 The average resting heart rate of a horse is about 30 beats per minutes, according to a 2002 paper that looked at the effect of travelling on horses. All horses had a rate of between 25 and 35 beats per minutes, which increased when they were loaded onto a truck at their departure location. This rate then decreased over the course of a journey on the road, but the overall rate was nine beats per minute faster. On short haul flights, the range of the horses looked at went from 28 beats per minute to 48, with the average being 35.

When the horses were going on long haul flights, their heart rates were low during transit and resting, but high during the unloading and loading procedures. As you might imagine, the behaviour of the horses changed during the ascent and descent of aircrafts, which was the case regardless of whether it was a short haul or long haul flight. There was some evidence of aggressive behaviour from horses, biting their neighbours, for example, but this was limited. The study’s conclusion said that horses tended to travel well by air and actually better that way than by road.

Part of the reason why that is the case is that horses have to constantly adjust how they’re standing when they’re travelling by road, shifting their weight in order to deal with bends in the road and breaking and starting up again. It is no wonder that the experience of travelling by road is more stressful than that enjoyed when flying. With this in mind, owners and trainers need to think about how their horses are going to cope with the entire journey, not just the part when they’re on a plane and flying from one country to another.

What Difference Does It Make To Their Running?

The key question, of course, is what difference all of this makes to how they perform at the end of their travels. After all, their comfort when being moved from one place to another is clearly very important, but if we know that horses tend not to be at their best after going on a long journey then we can obviously avoid placing bets on those that have had to travel long distances to take part in a race. What it is obviously quite difficult to find out about is the nature of their travel. Have they been transported in economy, business or first class?

From a horse’s point of view, this will make the difference between travelling with two other horses, one more horse or on their own in their crate, which obviously boasts different levels of comfort. Sadly, that is information that is much more difficult to come across than simply how well a horse has done after being transported from one place to another. Of course, the reality is that it is really only the better horses that are likely to be flown into a different country in order to take part in a race, which also skews the results somewhat.

After all, if a horse is largely only being flown to a new country because there is a belief that it can win the race that it is taking part in, that means that the horse in question is of a certain ability level. If it then wins the race, it hasn’t necessarily won it because it hasn’t been affected by the travel and is more likely to have been successful because of the horse’s ability. Indeed, it might have won by more if it hadn’t flown, but that is something that is obviously impossible to quantify in any meaningful manner. 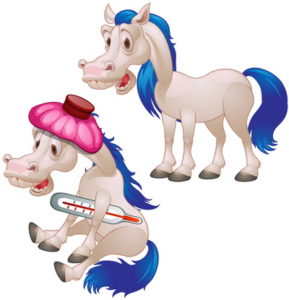 In 2016, research was presented at the International Conference of Racing Analysts and Veterinarians, which took place in Uruguay. This research had investigated what the affects were on horses that had travelled to take part in the Hong Kong International Races between 2005 and 2014, specifically homing in on those that had developed shipping fever. Of all of the horses that the study looked at, 33 had developed a fever during the flight, with four of them being sufficiently ill so as not to take part in the races.

The 33 horses, which was 11% of the total number of horses investigated, were therefore whittled down to 29 that actually went on to take part in Grade 1 events. Of those horses, none were winners. A total of 66% of the horses finished in tenth of worse during their race, which demonstrates that getting a fever is serious enough to damage the chances of a horse to win a race or even to perform well in one. Whilst this doesn’t tell us a huge amount about travelling in general, it does at least give us a sense of the downsides.

Anyone who has suffered from jet lag will know that there is no real benefit to heading abroad and failing to adjust your body to your new environment. New research suggests that that is really only true if you’re a human, with horses actually benefitting from the impact of jet lag. Research by British scientists suggests that horses can gallop for 25 seconds longer before they begin to tire after a long plane ride. Not only this, but they don’t actually need to fly on a plane in order for the benefits to be witnessed.

That is to say, you can mimic the effects of jet leg by controlling the amount of light that horses are given during a 24-hour period. A Senior Lecturer in Anatomy in the School of Veterinary Sciences, Dr Domingo Tortonese, said,

“Our study shows that racehorses are different from humans in that they rely on light cues for their daily rhythms of activity, rather than for the synchronisation of an endogenously generated rhythm to the 24-hour light-dark cycle.”

The bad news is that was is gained from ‘jet lag’ is lost in other areas.

Neil Mechie, a veterinarian for the Mark Johnston Racing Team, made the point that International travel has a negative effect on the physiology of a horse. The decreased feeding, limited water and inability to move about means that horses will display a worse performance after long haul travel that will balance out any benefit enjoyed by horses from the jet lag. As a result, horses should either run as quickly after travel as possible, or else horses should be given a period of several weeks to acclimatise, losing the benefits of the jet lag but allowing them to fully recuperate.