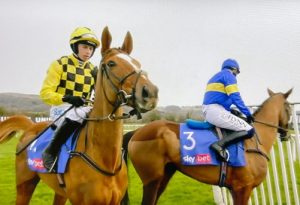 Open up a race card or even the horse racing section of a newspaper and one of the first things that you’ll notice are the colours that are worn by the jockeys. Indeed, there are plenty of punters who forgo the tried and tested method of looking at form and previous experience of the horse and jockey at a racecourse, instead opting to place their bet based on what colours are being worn by the rider. It might seem like an arbitrary thing, with each race having a given number of colours that are handed to the jockeys at random, but it’s not.

Instead, the use of such colours on a silk top dates back to the early days of racing, which itself came from the battlefield. There is an argument that the practice of wearing colours when riding a horse dates back to the days of jousts, used by knights to inform the watching public of who was who. In fact, there is no exact information about where the idea of wearing silks came from, but we do know that it began to be popularised in England in 1515, with horse racing continuing to use colours to denote an owner ever since. 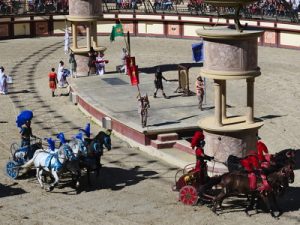 There is some debate around when colours were first worn by horse riders. In ancient Rome, for example, the chariot riders wore capes that were adorned with bright colours, as well as headbands, so that they could be identified during the races. In later years, knights would carry banners that bore their coat of arms, also wearing the colours on their armoury. When taking part in jousts, the knights would wear colours in order to allow the spectators to discern them from one another. All of this will likely have had an influence on the decision to have jockeys wear identifying colours in races.

Similarly, Italian cities used to host racing events in which racing colours of different patterns were worn. Even today, the likes of the Palio di Siena in Italy sees furious riding take place with colours worn by the jockeys. There is little doubt that all of this will have contributed to the decision to have jockeys were colours when taking part in races in England, with evidence suggesting that it first began to happen in the early part of the 16th century. That was the first time that the wearing of silks in horse racing was recorded, with the colours representing the horse’s owners.

The Formalisation Of Silks

The idea of wearing an identifying symbol that can be easily spotted from far away isn’t a new thing. Whether it be on emperors or kings, princes or dukes, knowing who the leader is on the field of battle has always been important. As time went on, the heads of families began to use the same colours and patterns to identify themselves, perhaps having some basis in the tartans of Scotland. This transferred over the horse racing, where it became important for spectators to be able to recognise the colours of horses owned by specific people.

By the time of James I, Newmarket was already established as the centre of horse racing in England. In the years that followed, numerous members of the Royal Family enjoyed taking part in the sport, either as owners or riders. As the sport became more popular, the number of owners grew and led to an increasing need for more designs on the patterns and colours that helped to identify the owners of each horse. Copying the early days of heraldry, horse racing didn’t have any sort of control over the colours or patterns that owners elected to use, with clashes being dealt with as and when they occurred.

As horse racing began to develop as a sport, the need for more regulation also grew. The necessity to control and administer the activities of the racing world was evident, leading to the foundation of the Jockey Club in 1750. That began life as a social club for the devotees of racing, with the original use of ‘jockey’ merely being to do with a person that dealt with horses in some capacity. The Jockey Club was only concerned with flat racing, so as jump racing began to become more popular in the 19th century, the National Hunt Committee was formed.

The two bodies were combined in 1968, but for a time they each controlled their own branch of the sport. Two hundred years earlier, in 1762, the Jockey Club’s second order of business was to formalise the idea that riders needed to wear the colours of their patrons, stating that this was for ‘the greater conveniency of distinguishing the horses in running, as also for the prevention of disputes’. The material that the colours were on was decided as silk because this allowed for the more free movement of the jockey in races, though ‘poorer’ owners would use nylon, once it became available, and wool.

The Development Of Colours & Patterns 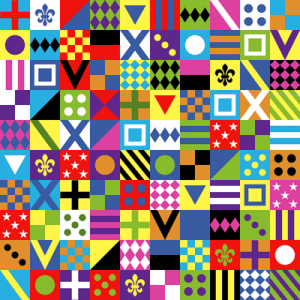 When the Jockey Club made its announcement in 1762, it was accompanied by details of the colours that would be worn by the jockeys of certain owners. These were as follows:

As more and more owners began to appear on the scene, so it became trickier and trickier to figure out which colours could be worn by the jockeys. The solution to this was to have different designs, but the limitation on colours meant that confusion still occurred. In 1870, the ‘Registry of Racing Colours’ appeared for the first time, even though racing colours weren’t properly registered for another 90 years. They were published in a hand-bound book from 1870 until the last one was made in 1931. From 1958 onwards, they were kept in classified files, with all colours from black to yellow allowed. 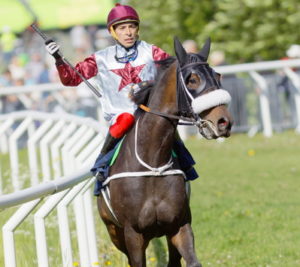 In the modern era of horse racing, colours are comprised of three elements: cap, sleeves and jacket. The permissible designs that people have to stick within are comparable to heraldic looks, meaning that stripes, braces, pallets, hoops and quartered patterns are all used. There are some things that are interestingly absent, such as the plain cross, with only colours registered before the strict rules came into place still using them. The jackets must have the approved design on both the front and the back of the garment. Alongside the patterns, there are 18 standard colours, which are:

The form that is used to apply for a silk has colours on it and the rules state that ‘the colours of silks and wools selected should approximate closely to the colours printed’. This leaves little room for artistic interpretation.

The Jockey Club is able to ensure that its rules are followed by only allowing owners that have registered colours with them to take part in its races. That means that the vast majority of courses in the United Kingdom, such is the extent to which the Jockey Club have control over so many of them. The Jockey Club, of course, only controls races in the UK and other governing bodies in different countries have their own rules and regulations. So it is that clashes do still occur during international meetings, with one of the owners asked to change their colours if possible to avoid issues.

What The Future May Hold 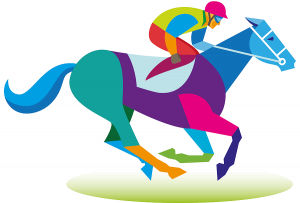 The British Horseracing Authority is constantly keen to ensure that the industry remains as modern as possible. So it was that in 2016 the organisation held an auction for six sets of new patterns, which were comprised of an anchor, rainbow stripes, multicoloured spots, checked shades of red, a horseshoe and flames. The hope was that it would encourage new ownership, as well as an appeal to younger people. It was also thought that more flexibility in design might generate interest in the world of horse racing.

The trial was successful, leading to nine owners registering bespoke designs. One such pattern was created by Tom Joule of the clothing store Joules, which joined patterns including a Chinese dragon, lucky clovers, a dog silhouette and some bees. Obviously the move upset racing’s traditionalists, but in November of 2017 three more sets of colours were sold by the BHA, with some ‘dartboard’ silks selling for £8,500. The future of racing, therefore, will almost certainly be filled with colours and exciting patterns, which will surely appeal to a younger and more vibrant audience.