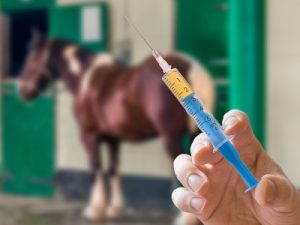 For as long as competitive sports have existed, people have engaged in nefarious means to gain themselves an advantage. In many cases, the participants justify it to themselves by suggesting that everyone does it, so if you don’t then you’ll lose out. It’s likely that doping has been present in horse racing almost since the sport was created, though in the more formative years it wouldn’t have been looked on in the same way as now

Giving horses drugs to help get the most out of their performance might not seem like that big of a deal, but in reality it is a form of cheating that the powers that be within the industry want to clamp down on. What sort of drugs have been used in the past? How are animals tested in order to check for possible doping? What happens when people are caught doing it? These are the sorts of questions we’ll look to answer here. 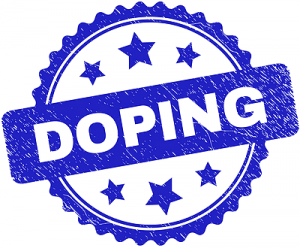 In the world of competitive sports, ‘doping’ refers to the administration of banned substances in order to allow an athlete or participant’s performance to be artificially enhanced. Performance Enhancing Drugs, otherwise known as PEDs, are not allowed in most sports, but that doesn’t mean that they aren’t still taken. The type of drug that is banned will vary from sport to sport, according to the organising body.

There are certain drugs that can be prescribed for entirely legitimate reasons, even though they’re considered to be performance enhancing. In humans, a good example of this would be asthma drugs. Those that wish to use them can apply for a Therapeutic Use of Exemption, or TUE. This applies in all sports and requires a medical professional to say that their use is required by the sport’s participant on medical grounds.

What Drugs Are Used For ‘Doping’ In Horse Racing? 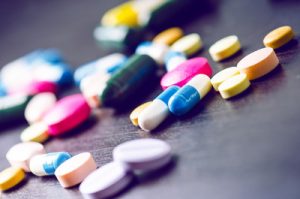 In the United Kingdom, the governing body of the industry is the British Horesracing Authority. It is this body that decides the rules of the sport, up to and including deciding the drugs that are banned.

As you might imagine, this list is ever-changing and quite long, given the need to include any and all drugs and family of drugs that can be seen to enhance a horse’s performance in races. Here’s the list at the time of writing:

It’s fair to say that this list isn’t definitive and it’s also important to acknowledge that not all of the drugs are banned in their entirety. Corticosteroids, for example, are necessary in certain medical circumstances, so the BHA instead has a ‘stand down’ period, during which time a horse is not allowed to take part in a race. The rule on bisphosphonate says horses can’t have ‘any bisphosphonate on the day of the race or on any of the 30 days before the day of the race in which the horse is declared to run’.

The rule of thumb for owners and trainers is that if any of their horses require any of the above medicines, it’s important for them to research what the BHA’s rules are before administering them. Mistakes happen, of course, but the British Horseracing Authority is pretty clear about what it doesn’t allow, so even when the use of a drug is by accident they’re unlikely to be too lenient on those that are found guilty of their use.

It’s also worth noting that certain drugs are prohibited from use on race days specifically. The BHA’s statement on the matter is that ‘no substance may be administered to a horse other than normal feed and water’. There are a number of things that have been requested in the past that the BHA has already ruled on, meaning that the information is already in the public domain about whether it is allowed to be used or not.

How The BHA Defines A Prohibited Substance

As the governing body for horse racing in the United Kingdom, the British Horseracing Authority is careful to ensure that everything is made as clear as possible to those working in the industry. It is with that in mind that the body has given its own definition of what classes as a ‘prohibited substance’. There is a far degree of clarification on offer from the BHA, with the following being the major takeaway offered:

“You should assume that any medication or supplement (including herbal substances) that has, or claims to have, an effect on horses (or any other species) is prohibited unless you have specific advice from the BHA Equine Health and Welfare Department that states otherwise.”

The body has a ‘zero tolerance’ policy when it comes to the use of substances that it has prohibited, meaning that they should ‘never be administered’. The other key point made by the BHA is that not all prohibited substances are banned entirely, given some are necessary for the treatment of ‘disease or injury’, but said treatment needs to have ended ‘an appropriate amount of time before presenting a horse for racing’.

How Extensive Is Doping In The Horse Racing Industry? 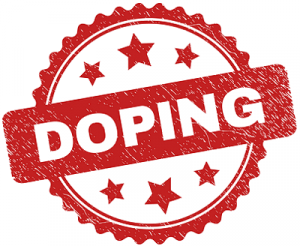 Obviously the extent to which doping is prevalent in all aspects of the horse racing industry is something that it’s impossible to give a definition of. Given that it’s an illegal activity as far as the sport’s governing body is concerned, those that are doing it do so secretly, attempting to hide their involvement in doping as much as possible. With that in mind, critics of the industry can say one thing and those involved in it can say something else.

If you were to ask People for the Ethical Treatment of Animals, for example, they would suggest that the use of drugs in horse racing is so prevalent so as to mean that finding a horse that didn’t have any drugs in its system at one point or another would probably be ‘impossible’. That is almost certainly more true in the United States of America, given that the banned drugs vary between states.

In March of 2020, for example, more than two dozen racehorse trainers, drug distributors and even veterinarians faced charges of doping in the US. The suggestion was that the 27 people were guilty of trying to ‘manufacture and distribute adulterated and misbranded drugs and to secretly administer them to racehorses under their control’. One horse that was caught up in it was Maximum Security, one of the country’s best runners.

Though things in America and Europe obviously work differently, it’s unlikely that the problem is rife over the water but non-existent in the United Kingdom. On top of that, it’s not unheard of for American horses to make the trip over to Europe in order to take part in the continent’s biggest races, so if it’s a problem for the US authorities then it’s likely to be a problem for the British ones too.

How Are Horses Tested? 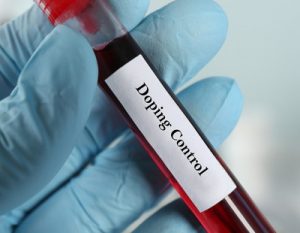 Testing is carried out by the British Horseracing Authority on a regular basis in order to ‘ensure the integrity of the sport’. It’s also done in order to safeguard the welfare of horses and to make sure that trainers and owners are adhering to the rules established by the BHA. Sophisticated testing procedures have been established by the organisation with the specific aim of detecting drugs that shouldn’t be in a horse’s system.

In order to carry out the tests, samples of a horse’s blood, urine and hair are tested. They are collected from the horses and sent to the BHA’s ‘contact laboratory’, which is located near Newmarket. It is one of the best independent drugs surveillance laboratories in the world, with two samples sent to it for analysis. The A sample is looked at for prohibited substances, whilst the B sample is kept in case it is needed.

What Happens If Substances Are Found

In the event that a prohibited substance is detected in the A sample when it is looked at, the BHA gets in touch with the owner and trainer of the horse to let them know. At this point, an investigation is triggered in order to try to identify where the prohibited substance came from. If they doubt the reliability of the test, the owner or trainer of the horse can ask for the B sample to be tested, either at the lab or at another approved location.

If the B sample comes back as negative for a prohibitive substance, it is up the British Horseracing Authority whether to take action or not. They will look at any other evidence that they have available in order to make this decision. If disciplinary action is opted for, a Disciplinary Panel will be convened and the evidence presented to it. Usually, the horse will be disqualified from the race that the sample was taken during and the owner or trainer will be fined.

Oftentimes, there is an explanation for a positive test when people are not intentionally trying to dope their horses to improve performances and win races. This will sometimes be stable error, whilst on other occasions it will be because of a veterinary treatment that was entirely legal, but not enough withdrawal time was allowed ahead of the race day. If this is not the case and nefarious actions are behind the positive test, things will be more serious for those involved.

What Happens When It’s An Accident 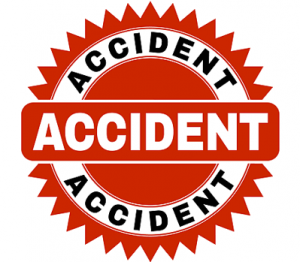 It’s obvious that some people will always be sceptical of positive results on drugs tests, believing that the person responsible knew what they were doing and was trying to ‘pull a fast one’ in administering drugs to their horse that would help them be successful in a race. In reality, it is entirely possible that it was simply a mistake, with the guilty party not realising that the substance was on the BHA’s banned list.

As proof of this, it’s worth looking at what happened to Aidan O’Brien in October of 2020 when the trainer was gearing up to enter four horses in the Prix De L’Arc de Triomphe in France. Enable was hoping to win the flat race for a record third time for trainer John Gosden, but that was overshadowed when Mogul, Serpentine, Sovereign and Japan were all withdrawn by O’Brien after eating contaminated feed.

Five horses tested positive for the banned substance Zilpaterol, which is used in America to help cattle gain weight but does not have a European licence. The only thing linking all five of the horses was a horse feed called Gain Equine. When O’Brien tested his batch of food and found that it contained small traces of it, he tested his Arc runners just to be on the safe side. They also tested positive, so he chose to withdraw them from the race.

“Unfortunately the results of the urine samples taken from the horses yesterday have come back positive from the French laboratory. There is a possibility it may have left their system by the time of racing tomorrow however we have no guarantee of this and in order to protect the integrity of racing we have decided to withdraw all our horses from racing tomorrow.”

This is a perfect example of a trainer being entirely guiltless in terms of ‘doping’ their horse, but the animals still testing positive for a banned substance. Indeed, it happened to the Queen in 2014 when her horse tested positive for morphine. This happened after Estimate had eaten food that had been contaminated with poppy seeds. Obviously it’s an accident, but a trainer not realising could send their horse to a race and have it test positive.

In such incidents, it’s clear that the British Horseracing Authority will act leniently with those involved. In the case of O’Brien, he was certainly given the benefit of the doubt when he chose to withdraw his horses from the race, even though it was possible that the substance would have been out of their system by the time it got underway. As an aside, Enable failed to win the race for a record third time.