Most bettors have a good sense of how a horse is trained, knowing to look out for a nice shiny coat and a good gait when they walk around the parade ring. What many people not know much about, however, is the diet and nutrition that goes into making sure that a race horse is as healthy as possible before they head to the track. Just as with top human athletes, the diet of a race horse has to be carefully planned and managed in order to ensure that they not only have enough fuel to burn, but that what they’re eating is right.

It goes without saying that a race horse’s diet needs to be full of energy in order to allow them to perform at the level that will see them win races. If they aren’t given a decent supply of fast-and-slow release energy, they aren’t going to be able to cope with the rigours of top-class racing. Race horses use adenosine triphosphate molecules in order to encourage the contraction of their muscles, for instance, so a good diet will focus on getting good stores of ATP into a horse’s muscles, allowing them to contract and expand without tiring as much. 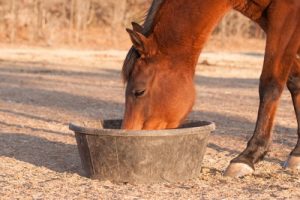 When living in the wild, horses will survive off grasslands that are usually poor quality. Whilst this allows them to stay alive, it would not be a suitable diet for a horse that is hoping to compete in the world’s top races. Race horses need energy that simply wouldn’t be met by the process of just allowing them to graze, which is why their diets are so closely monitored. The most important part of a horse’s diet is energy, which is typically expressed in terms of mega-calories of digestible energy. That is the the amount of energy in a diet absorbed by a horse.

When a horse is idle, they need about 16 to 17 mega-calories of digestible energy. When they are taking place in races, it needs to be about double that amount. One way of getting that energy into a horse is via fibre, which can sometimes be an overlooked part of a horse’s diet. The bacteria and protozoa in a horse’s hindgut can ferment large amounts of fibre, which in turn can be used as an energy source thanks to the fact that fermentation continues to take place a long time after a horse has actually finished their meal.

Hay alone isn’t a good enough source of energy for a horse, meaning that their diet is usually supplemented with oats, corn and barley. The main energy source in such foods is starch, which allows for glycogen synthesis. The problem is that a racehorse’s diet should only contain a limited amount of starch, with too much running the risk of altering the setup of the hindgut. Though horses don’t tend to eat much fat when in the wild, they are able to absorb it well. This is especially the case when ht comes in the form of the likes of vegetable oils.

How The Diet Has Changed 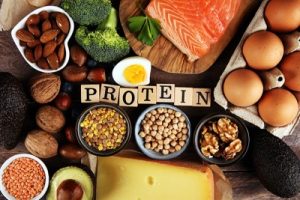 With a modern understand of nutrition, what horses are given to eat has changed over the years. Here’s what a typical diet looked like for a horse:

Now compare and contrast that with a typical modern diet and see the difference:

If trainers want to increase the amount of haylage then it can go up to 13% of protein consumed at 1% of bodyweight. The more traditional diet of bran and hay met the required amount of protein somewhat easily, but the modern version of a horse’s diet improves that.

Modern racing feeds will usually contain about 13 to 14% protein, but can be lowered if the feeling is that doing so would be beneficial. The traditional diet would also fall short of calcium and phosphorous requirements, which the modern diet has more successfully balanced out.

How Horses Are Fed 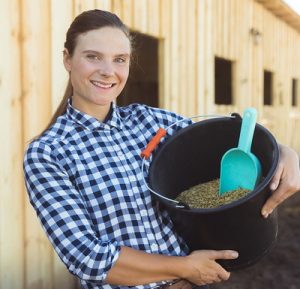 Typically speaking, a horse will eat three to four times a day. That is the specific diet that they’re fed according to their needs, with most horses also having a readily available supply of hay that can be consumed 24-7, depending on whether they want to eat it or not. In a normal stable, a night watch person will feed the horses at about three in the morning, with another feed of grains coming at about 11 in the morning. The third meal, which often comprises something like gran mash, comes at around four in the afternoon.

What and when a horse gets their feed can also depend on where in the world they are based. In Saudi Arabia, for example, carrots, a lot of barley and freshly cut cilantro make up the biggest part of a horse’s diet. A horse that has been taken over to Saudi Arabia for a race will usually be kept on the same diet that they would have been fed at home. This is in order to ensure that they don’t get an upset stomach and potentially lose weight and muscle-mass as a result of being switched over to a local diet ahead of a race.

In order to ensure that a horse is in tip-top shape for the races that they’re going to take part in, trainers will encourage them to take on board as much water as they can. The exertion of racing will often see a horse lose as much as ten percent of their overall water reserves through sweating. That is as much as eight gallons of water, which is why it is so important that they drink a lot of water on a regular basis. This is often given alongside their feed, so they can get the energy that they need alongside their water intake.