Anyone who watches horse racing will doubtless have grown used to seeing celebrities turn up for the major events like the Cheltenham Festival and Royal Ascot. The question that’s difficult to answer with any certainty is how many are doing it because they genuinely love horse racing and how many simply want to make sure that they get their face in the newspapers.

One way to separate the two types of celebrity horse race attendees is by having a look at the ones who actually own racehorses. There are more than a few of them, owning horses for all sorts of reasons. There have even been a few high-profile clashes involving celebrity owners over the years, so we’ll take a look at the rich and famous horse owners here.

Owners generally do not make a lot of money out of racing and for most it costs them money and so celebrities are drawn to racing not for the winnings but the prestige of joining the elite club.

Is the Queen a celebrity? Perhaps not in the traditional sense, given that she is known so well because of her position as opposed to something that she did. Even so, she is one of the most famous people in the world and is also a lover of the gee-gees, so it would be a mistake not to at least mention her here. The Queen Mother was also a horse racing lover too, of course.

The Queen’s stables are full of thoroughbred horses, competing in event like the Grand National on a regular basis. It’s perhaps not all that surprising that the Queen’s position as the Royal Patron of horse racing means that many other members of the Royal Family also love the sport. The Queen herself has been owning horses since 1952, so she’s as experiences as the best owners. 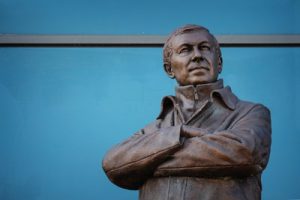 It’s impossible to mention celebrity racehorse owners without having a word or two to say about Alex Ferguson. The former Manchester United manager was used to seeing his teams achieve success on the pitch when he decided to turn his hand to a different type of turf-based sport. Example horses he owns includes What A Friend, who entered the Grand National in 2011.

The reason Ferguson is so well-known in the racehorse owning arena isn’t as much for his successes as for one of the most protracted ownership legal battles ever. It was over the ownership of Rock Of Gibraltar, which is part of Coolmore Studs and used to run in the colours of Manchester United. Eventually the matter was settled out of court.

He’s got more than just one horse to his name, of course, and managed to see one of his others achieve a victory akin to his own. Clan Des Obeaux won the King George VI Chase on Boxing Day of 2018, for example. Give Me A Copper, meanwhile, was a 60/1 outside for the following year’s Grand National, though didn’t really trouble the places. 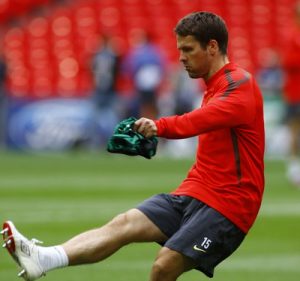 When Michael Owen left Liverpool for Real Madrid the fans were upset but understanding. When he later signed for Manchester United, however, he became persona non grata on Merseyside. He had already developed a love of horses by that point, but it’s likely that he’ll have had a chat with manager Alex Ferguson and fellow player Wayne Rooney about his love of the horses by then.

Arguably his most famous horse was Brown Panther. He won the 2011 King George V Stakes at Ascot, doing so quite comfortably. Little surprise that he’s enjoyed success as an owner, given he has his own stables and works hard with the horses under his possession. Rooney, however, called time on his own horse owning exploits in 2013.

Ask people to write up a list of well-known people that they imagine will own horses and it’s unlikely that many will have Jeremy Kyle at the top. The man behind one of the most controversial daytime shows of recent years also has a stake in Give Me A Copper along with Alex Ferguson. He also owns or part owns a number of other horses that do well in jump racing.

One such example is Black Corton, who won the Kauto Star Novices’ Chase. Glen Rocco, meanwhile, is a horse that he was the financial backer of and won the John Rogerson Memorial Chase at Fontwell Park as well as the Unibet Handicap Chase at Kempton Park, both whilst during the horse’s more formative years.

Better-known for his love of cooking and his mad recipes, Heston Blumenthal is another celebrity who loves horses enough to own a few. Whilst he might be willing to try a few crazy things when he’s in the kitchen, he keeps things relatively simple when it comes his racehorse owning exploits. He’s part of the Highclere Thoroughbred Racing Network.

Given that that is more of a syndicate for the very rich, we could have picked the likes of Liz Hurley or Hugh Bonneville to be the ‘face’ of the organisation. Acolyte is an example of a horse that Blumenthal owns a stake in. That horse’s most famous victory came in the Al Naboodah Travel Trophy at Meydan where he ran out the comfortable winner. 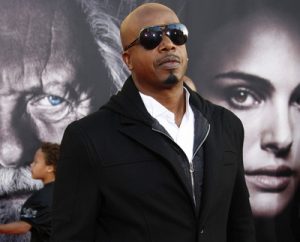 Did someone point to a whip and tell him he couldn’t touch it? Who knows, but what we can tell you is that MC Hammer is another example of a celebrity that would unquestionably fit into the bracket of ‘unsuspected horse racing lovers’. When he was at the height of his fame, celebrity and personal wealth, the rapper bought the Oaktown Stables.

That yard trained as many as twenty horse at any given moment, with Lite Light being the standout name on their roster. He won a few different Grade 1 races in the United State of America, with the most famous of those being the Kentucky Oaks and the Santa Anita Oaks. Ultimately MC Hammer got into financial difficulty and had to sell the stables. 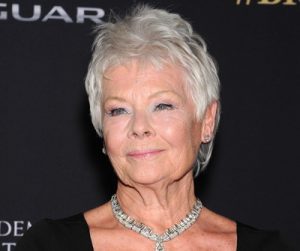 ‘He doth nothing but talk of his horses’, William Shakespeare wrote in Act 1, Scene 2 of The Merchant Of Venice. As a long-time RSC cast member, Dame Judi Dench will no doubt have related. She has enjoyed a long and fruitful relationship with horse racing, including seeing her horse Smokey Oakey win the Lincoln Stakes in 2008.

As De Mee was another horse that Dench had an ownership stake in alongside the Stewart family. The gelding has hardly been prolific, but a 5th place finish in the Topham Handicap Chase at Aintree in 2017 as well as a win in the Grand Sefton Handicap Chase the year before certainly suggest that the horse, like its owner, has got a decent pedigree. 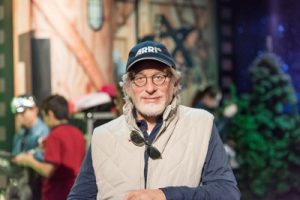 Was it his work on the film version of War Horse that got Hollywood Director interested in horses, or was it his love of horses that allowed him to produce such an excellent film? Almost certainly the latter, given that he was one of a number of executives in Tinseltown that had a share of ownership in the amusingly named Atswhatimtalknbout.

The horse wasn’t the most prolific of all time, but did come 4th in the Kentucky Derby, which is no mean feat. He is also joined in being a lover of horses by fellow Hollywood mainstay Kevin Costner. He owns a ranch in the Santa Barbara, allowing him to get out and ride some of his horses on his own land whenever he’s not busy filming. 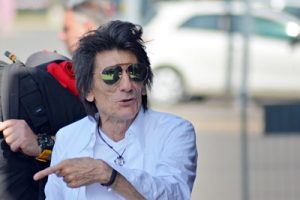 A Rolling Stone gathers no moss, but it can own a race horse or two. The famous guitarist will certain have got some satisfaction from Sandymount Duke, who Ronnie Wood bred himself before entering into the Grand National, though he didn’t enter in the end. It appeared that wild horses could, ultimately, keep him away.

Unfortunately, Sandymount Duke suffered a heart attack and died later in the that Wood had planned to enter him into the Grand National. The horse’s trainer, Jessica Harrington, said that he had been a ‘brilliant horse’. Even so, Wood maintained his interest in thoroughbred breeding and Sandymount Duke was merely the most noteworthy of his horses.