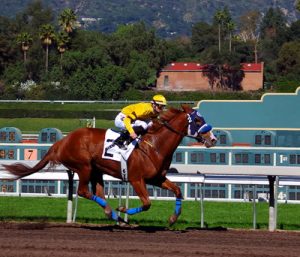 Those that have tuned into the Grand National on a regular basis will have seen as many as 40 horses taking to the circuit, hoping to win the World’s Greatest Steeplechase. It can be a fast and frenetic affair, especially when all of those horse head towards the first fence at roughly the same time, jostling for position. You will find similar excitement during events like the Gold Cup during the Cheltenham Festival, though each race run anywhere in the world has its own rules and regulations when it comes to the maximum field size.

What is decidedly different from that is when just one horse is running in a race. Traditionally known as a ‘walkover’, there can be a few reasons why this happens, though more often than not it is because some form of protest is being staged. This can be by trainers, owners, jockeys or a combination of all of the above, but it is done to make a point about something. Though it is a rare occurrence, it does happen and the question then becomes about what happens when there is only one entrant for a horse race.

The first thing to realise is that there is no rule to say that there has to be more than one horse taking part in a race. Admittedly, it isn’t so much a ‘race’ on occasions when there’s only one participant, which is why such an event is commonly referred to as a ‘walkover’, but the important point is that there’s nothing to stop it from happening.

When it does, it’s fair to say that the jockey doesn’t push the horse too hard, instead allowing it to simply trot around the course at its own pace in order to avoid the possibility of injury befalling it.

Just because there aren’t any rules saying it isn’t allowed to happen doesn’t mean that bookmakers don’t treat it differently to a normal race. Most bookies allow bets to be governed by the Tattersalls Rules of Betting, which govern the settlement of bets on occasions when something happens that isn’t covered by the company’s terms and conditions.

When it comes to walkovers, you’ll almost certainly find that it is treated as a race, but that any selection involved is treated as a non-runner by the bookmaker, meaning you’ll get your stake back.

Examples From The Past 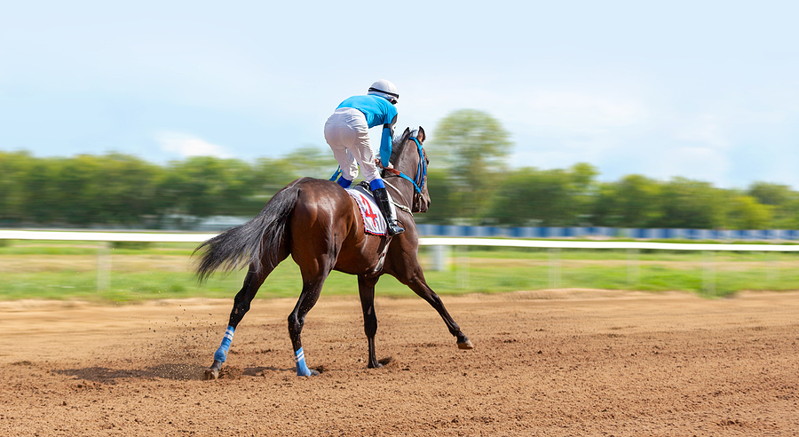 The good news is that there are some examples from the past that we can give in terms of races that have taken place with only one horse running. Each of these only had one horse for a specific reason, with protest not always being that reason.

It helps to figure out the likelihood of whether or not a bet that you’ve placed is going to end up being made void by a bookmaker, though as you’ll learn, it isn’t always possible to identify when it is that something is going to happen to mean that just a solitary horse will run in an event.

The One Horse Race At Leicester

If you want a prime example of what happens when trainers, bookmakers and jockeys decide to launch a protest, look no further than Leicester Racecourse back in 2011. The Horsemen’s Group, representing owners, jockeys, trainers, stable staff and even thoroughbred breeders, had already launched some protests at the prize money on offer in races earlier in the flat racing season. Members of the group were urged to boycott a race if the prize money on offer was lower than what was considered to be a fair amount.

As a result, Harry Dunlop, Andrew Balding and Ralph Beckett were the only trainers that put forward entries to The Bet Totepool at totesport.com Handicap, with Beckett and Balding pulling their horses out at the final declaration stage on the morning of the event. Dunlop wasn’t in favour of the prize money, but rather it was decided that the best way to punish the sponsors for such a low prize would be to run just one horse. As a result, Leicester would still have to put up the prize money, whilst the entire thing looked bad for the course.

The total prize money for the race was £6,000, which was well below the recommended prize money that the Horsemen’s Group said should be the minimum that members allow their horses to enter races for. The Clerk of the Course at Leicester, Jimmy Stevenson, declared it to be ‘disappointing’, saying, “It’s unfortunate, but there’s not a lot that we can do.” It was the first time that a walkover had taken place under Rules in the UK since a jump race at Exeter four years earlier saw two entrants declared as non-runners before the race.

The Race That Never Was

Usually, the name of a horse is a good indicator of its personality. In the case of Rebellious Spirit, you could argue that the opposite is true. Though a year after the walkover at Exeter, the reason this race didn’t count as being a walkover under Rules is that it wasn’t one when the race began. There were five entrants for the event, but Jord burst free of the stalls a moment before the race was started. Ridden by Andrew Elliott, the horse caused chaos when the others followed his lead and began racing, only to be flagged for a false start.

In spite of the flag, the only horse that actually obeyed the rules and stopped was Rebellious Spirit, though even he travelled on for a furlong. The jockey, Chris Catlin, appeared to shout to the other riders but to no avail. Paul Mulrennan, who was riding Right, carried on running, with Kirsty Milczarek on Dado Mush, Pat Crosgrave with Hucking Heat and Elliott on the back of Jord all ‘completing’ the race. The race descended into farce when Rebellious Spirit was the only horse able to start the race after a restart.

It goes without saying that he won the one-mile handicap on the all-weather track, with bookmakers like Coral, Ladbrokes and William Hill choosing to pay out at the final-show odds of 10/1. A Ladbrokes spokesperson said, “It will cost us £100,000 to pay out, and we are also paying out on straight forecasts with Rebellious Spirit and any other horse as a dividend of £11. You can’t have punters picking up the tab for something as shambolic as this, so we are paying out through gritted teeth. We just hope that nothing like it happens again.”

In 2014, Sir Anthony McCoy was chasing the dream of riding 300 winners in a season. In order for it be feasible, the famous jockey needed to have ridden 150 winners by the middle of October, so when his 150th success came at Wetherby on the 15th of the month, many believed that it was going to be possible. Despite suffering a dislocated collarbone, McCoy won on the back of Goodwood Mirage but, in doing so, he aggravated the injury and ended up having to withdraw from riding Presence Felt and was replaced by Harry Bannister.

Though McCoy was famed for having a high tolerance for pain, not even he was able to persuade the doctor that carrying on riding was a good idea. The shame is that it would have been a guaranteed win for him, given the fact that the other horses in the race had been withdrawn either because of issues with self-certification or else because the Going didn’t suit their temperaments. As a result, Bannister was able to canter past the winning post on the back of Presence Felt, earning himself a win that McCoy would’ve loved.

It meant the end of the Northern Irishman’s chase to better his own record of 289 wins in a season, having been signed off for at least a fortnight by the doctor. He had returned quickly after breaking ribs in a fall when riding a horse at Worcester earlier in the year, but the collarbone pain was just too much for him to get through. On his chase of 300 wins in one season, the jockey said, “I’m not saying it’s impossible, but it’s not going to be easy.” We now know, of course, that it didn’t happen, with the walkover being the race that got away.

A Protest At Worcester

In 2012, Moulin De La Croix benefitted from another protest that saw 12 horses declared for a race, only for 11 to be withdrawn when it emerged that the prize money would be £900 below the minimum tariff argued for by the Horsemen’s Group. Organised by trainer Charlie Mann, famous names like Donald McCain, David Pipe and Nicky Henderson all chose to pull their horses from the event, leaving just Moulin De La Croix, trained by Nigel Twiston-Davies to run the course on its own, collecting the £3,000 prize fund.

Sam Twiston-Davies made sure to draw attention to the ridiculousness of the situation, celebrating wildly as he crossed the finish line before performing the flying dismount that had been made famous by Frankie Dettori. Mann said, “The tariffs have been set and it’s unacceptable that we’re racing for the prize-money that we are.” One horse was put forward in order to allow the prize money to be claimed, with the trainers who withdrew their horses facing £140 fines that could be paid for using the money, ensuring the likes of Venetia Williams, Philip Hobbs, Jonjo O’Neill and Alan King weren’t out of pocket.

The interesting thing is that the process of having a protest at the poor prize money did actually work. Later on in 2012, an agreement was reached between the shareholders of racing that would ensure that a minimum amount would be paid for races from that point onwards. The amount was enough to please the Horsemen’s Group, meaning that no other protests were necessary for the following few years. It was proof, were it needed, that protesting something is a far and valid way of getting your point across to the authorities.

The Consolation Race With Only One Entry

The Silver Bowl Handicap Chase, which was run at Kempton in March of 2021, was conceived as a consolation race for horses that had been balloted out of the handicap races that took place during the Cheltenham Festival. Whilst it might well have been a good idea in theory, the reduced number of entrants for the Festival meant that there was only one horse eliminated at the meeting that therefore met the criteria to be put forward for the Kempton event: Marracudja. Consequently, the horse earned what is likely to be the easiest £15,640 of his career.

The two-and-a-half-mile heat was supposed to involve the horses rampaging around the course and taking each other on in order to win a prize. Instead, Marracudja was simply required to walk to the furlong marker and then then canter past the winning post, taking home the first prize as a result. Trained by Dan Skelton and with Bridget Andrews in the saddle, the 10-year-old had not managed a first-place prize win since September 2019 before the walkover went in his favour. That win came in the Castleford Chase at Wetherby and was followed up by a third-place finish in the Grade One Clarence House Chase.

Speaking about the experience, the jockey said, “I’ve only ever once before been involved in a walkover, which was at Warwick, and it’s a strange situation when you go to the furlong marker and canter back over the line – especially because this horse was very full of himself and he’s not the easiest.” The Clerk of the Course at Kempton, Barney Clifford, said, “Since I started clerking here in 1999, this is only the second walkover. The first was in 2002 – it was a chase on the October Sunday meeting brought.