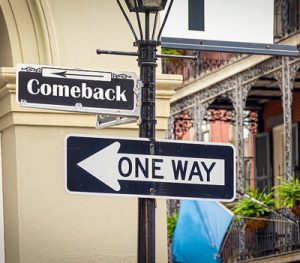 The nature of horse racing as a sport is such that it rarely allows for the spectacular. That doesn’t mean that there haven’t been some impressive performances from horses over the years; of course there have. Rather, it is unlikely that a horse will be a long distance from the leaders of a race but still manage to win it. That is what we’re talking about when we speak about ‘comebacks’. It isn’t a horse like Red Rum, who won the Grand National twice, missed out for two years and then won it for a record third time. Instead, it’s horses that were seemingly out of a race but still won it.

As you might imagine, it hasn’t happened all that often. Indeed, it is such a rare occurrence that when it does happen, it tends to make waves. There are plenty of stories of horses making a comeback after suffering an injury that seemed to threaten their career, but we’re more interested in when they’ve needed to come back from a seemingly hopeless situation within a race. When the other horses have streamed ahead and it seems as though our hero might as well just give up, that is when they have dug deep and found something extra. 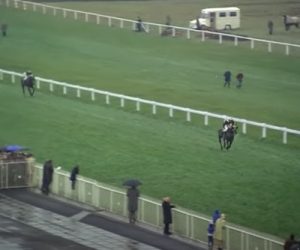 The story of Foinavon’s Grand National win in 1967 is the stuff of legend. Whilst the race itself was a thrilling affair, as we’ll discover, it is the fact that the horse even struggled to find a rider that makes it a particularly intriguing affair. Foinavon’s trainer, John Kempton, had been planning to ride the horse, but his height of more than six foot combined with his weight to keep him out of the race. The horse’s owner, Cyril Watkins, refused to pay the additional fee that jockeys usually received for taking part in the Grand National, so he was turned down by three riders.

Eventually, just three days before the race, John Buckingham agreed to take on the ride. He had never ridden in a Grand National before, so the signs weren’t good that the horse would be having a successful day. That was reflected in his odds, with bookmakers installing him as a 100/1 outsider for the event. On the day, neither owner nor trainer were present at Aintree Racecourse, perhaps indicating the extent to which it was an unfancied runout for the nag. There were 44 starters, with 28 of them still going as Becher’s Brook came into view on the second circuit.

Foinavon was running well enough, but was in 22nd place, well off the pace set by the leaders. Popham Down and April Rose were leading the pack, but both horses were riderless. As the 23rd fence approached, Popham Down veered sharply to his right, running across the front of the fence and causing a pileup. One of the race leaders, Rondetto, managed to clear the fence but then unseated his rider. Horses refused, crashed into one another and ran up and down the fence, causing absolute mayhem.

Foinavon had been far enough behind to slow to a canter, find a gap between the carnage and then jump the fence. By the time Buckingham reached the Canal Turn, he had a 30-length lead over the field, with 17 horses giving chances. Honey End, the favourite, closed to within 20 lengths by the final fence, but it wasn’t enough and Foinavon held on for the win. If his odds had been 100/1 before the race began, how long must they have been when he was 22nd heading towards Becher’s Brook, with no idea of what carnage would follow? If only In-Play betting had existed in 1967….

We mentioned one of the most famous horses in the history of the sport in the introduction, but it isn’t just Red Rum’s remarkable comeback to win his third Grand National that makes his story such a special one. His first win was, in many ways, something of a precursor of what was to come in the horse’s career in general. Foaled on the third of May 1965, he was eight-years-old heading into the race, having begun his life as a flat racer, bred to take part in one-mile races and tending to take part in low-value events.

Red Rum’s life changed when he ended up in the care of a car dealer from Southport called Ginger McCain. The horse had a condition called pedal osteitis in his hoof, which was helped thanks to McCain’s decision to take him for runs in the sea off Southport beach. An inspired decision, with the salt water believed to have helped Red Rum with the pain caused by the condition, giving him at least a chance of winning the 1973 Grand National, which he had been entered into by his owner, Noel le Mare.

The Starting Price for Red Rum was 9/1, making him the joint-favourite alongside Crisp, so it would be unfair to suggest that he came out of nowhere to win the race. Even so, there is no question that Red Rum’s victory was unexpected when you consider that Crisp had built up a seemingly unassailable lead by the time the horses reached The Chair. Grey Sombrero was the closest challenger, but the Bill Shoemark ridden horse fell at The Chair, allowing Crisp a 20-length lead as the horses began the second-circuit of the Aintree course.

As Richard Pitman took Crisp over Becher’s Brook, he heard fallen jockey David Nicholson tell him he was ’33 lengths clear’ and would win if he could ‘kick on’. At the same moment, the tannoy commentator announced that Red Rum had broken free of the pack, leading the chase to catch up with the race leader. Though he made good ground, Crisp remained 15 lengths clear of him going over the last. Red Rum, though, was a horse built for stamina, which he proved when he caught up with Crisp and won the race by three-quarters of a length, setting a record for the time the race was won in.

We might ask ourselves what the odds would’ve been on Red Rum and Foinavon In-Play, but of course we’ll never know. The two horses managed their improbable wins at a time long before the internet, let alone In-Play betting. What we can do, though, is have a look at a more modern case of a comeback to give ourselves some idea of what the bookies might’ve offered in terms of odds had they been able to at the time. Thankfully, we have the case of Harry Du Berlais, a Nick Kent-trained horse who was 100/30 at the start of a race at Taunton.

Harry Du Berlais was in touch with the leaders for much of the race, but as the third-to-last fence approached, he began to drop back. As anyone who has watched horse racing knows, once a horse begins to drop back down the field they are as good as done in terms of having a chance of winning the race. The five-year-old was some way back and drifting shy of the leaders, which was reflected in his price on the Betfair betting exchange as punters realised that his race was pretty much run and his chance was gone.

Having jumped the second-to-last, however, Harry Du Berlais began to get a second wind and caught up a little of the ground on the leaders. Even so, he was still six lengths clear of Fawsley Spirit jumping the last, so it looked as if it would be a stretch too far for the Charlie Hammond-ridden horse. It was Fawsley Spirit’s first run for 596 days, however, and he just seemed to run out of steam as he was heading up the final straight. This presented Hammond with the opportunity that he needed, spurring Harry Du Berlais on.

In the end, it was enough to see him win the race by a nose, pleasing the people that had staked £177 on Betfair when his In-Play price reached 999. The win is one of the biggest In-Play comebacks recorded, so we can only imagine what sort of price bettors would have been offered on Foinavon had the technology existed at the time. The same sort of question could be asked of Red Rum in 1973, such is the extent that both horses were even more out of the running than Harry Du Berlais was when his odds drifted so high.

The Brooklyn Handicap might not be the most famous race in the world, but the one and a half mile event at Belmont Park can sometimes throw up something well worth watching. That’s what happened back in 2013, when Calidoscopio started the New York race at odds of 15/2. It was a course that looked more like the horses would be able to slide along it than run on it, such was the extent to which rainfall had turned the sand surface into something more like a mud bath. Perhaps that is what Calidoscopio struggled to understand, falling behind the leaders early in the race.

He didn’t start too poorly, but you could see he immediately started to fall towards the back of the pack to such an extent that by the time the commentator had told you the names of all of the horses, Calidoscopio was six lengths back. Percussion led the race almost from the off and by the time the horses had completed the opening half mile, Calidoscopio was about 12 lengths off the lead. That kept on growing, reaching nearly 20 lengths with about five and a half furlongs remaining. It was at that point that the horse began to get back into the race.

Calidoscopio hit the back of the back at the mile mark, having gained around ten lengths on the leader. Even as they ran down the final strength, the horse had a huge amount still to do but kept on running, gaining and gaining on Percussion in the lead. The ten-year-old was able to keep up the pace even as the finish line came into view, winning the Brooklyn Handicap in genuinely remarkable fashion that few would have imagined happening after the first third or so of the race. He took the $200,000 prize for his connections, deserving every cent.

If Calidoscopio’s victory was impressive, it is perhaps nothing when compared to the win of Mine That Bird in 2009. It isn’t that Mine That Bird had a bigger distance to make up, but rather that the prestige of the race that he did it in meant that it was moment that made America sit up and take notice. The 2009 Kentucky Derby was the 135th renewal of one of the most famous flat races in the United States, with Mine That Bird, trained by ‘Chip’ Woolley Junior, very much an outsider, as demonstrated by his Starting Price of 50/1.

As the race got underway, Mine That Bird slipped into dead last and was barely mentioned again by the commentator, such was the extent to which the horse was dismissed out of hand as being a contender. Indeed, the race announcer, Tom Durkin, was still singing the praises of Pioneerof the Nile and Musket Man, even as Mine That Bird raced past them both heading into the final furlong and began to take a remarkable lead. It came out of nowhere, eventually winning the race by six and three-quarter lengths, having been last for most of it.

The comeback was all the more impressive because of how unfancied the horse was. He ended up being the longest-odds winner of the race for more than 85 years, so it is anyone’s guess what odds he’d have been given in the In-Play betting when he dropped straight to the back of the pack and began to fall off the pace. Even by 2022, Mine That Bird’s win was still the third-largest odds for a Kentucky Derby win in the race’s history. Even more surprisingly, he ended up winning it by the largest margin since 1946.