In the world of horse racing, there are three surfaces that events can take place on. Turf is the most common and the one that the majority of people will imagine when they think of horses galloping along, with their hooves sending a spray of grass flying up in their wake. Dirt racecourses are more common in hotter climates such as the United States of America and the far East, given that the scorching sun limits the ability of grass to grow in the luscious and deep manner required to take the weight of a horse without being too hard.

There is also the all-weather surface, which can be manipulated by the racecourse managers to imitate a wealth of different Goings. It is not the most popular of surfaces, but it does allow racing to take place when the weather is not particularly good. It can be rainy in the extreme and all-weather courses will be able to handle pretty much anything that is thrown on them. For a time, jump racing took place on all-weather courses, but it was eventually stopped because of the safety of the horses. Might it ever make a return?

What Is An All-Weather Track?

In the United Kingdom, all-weather tracks can be found at Chelmsford, Kempton, Linfield, Wolverhampton, Newcastle and Southwell. It would be untrue to suggest that it is one specific surface type, instead being used as a catch-all term for any racing not taking place on grass. That is because we don’t have dirt tracks in the UK, so if it isn’t turf then it is easy to put it into the bracket of ‘all-weather’. It is held any month of the year, largely thanks to the fact that the weather isn’t able to interfere as often as with turf racing.

There are three types of track being used at the moment in Britain: Polytrack, Tapeta and Fibresand. These are the brand names of the company that produces them, with many feeling as though Polytrack is the best of the bunch. Tapeta is a similar surface, whilst Fibresand tends to be slower and deeper and is made with a rope of plastic. One of the big criticisms of it, though, is that it produces much more kickback than the others. Regardless of the surface, they are able to be manipulated to be either slow, standard or fast in their Going.

The title of ‘All Weather’ is a slight misnomer, in the sense that bad weather can still cause disruptions. All-weather surfaces tend to have good drainage and can handle the cold much better than turf. Even so, a flash flood is likely to put even the best drainage to the test, whilst extreme temperatures would also cause problems for such tracks. They are not loved by racing traditionalists, who want to see the turf flying up from the hooves of the horses as they run past, making the ‘thud thud thud thud’ that we’ve all come to expect.

A History Of All-Weather Jump Racing

All-weather racing itself dates back to as early as the 1960s. A surface called Tartan was used at Tropical Park in the United States of America in 1966, having been trialled with harness racing three years before. The unforgiving nature of the surface meant that it never really caught on, but the idea of developing a surface that could be used all-year round remained popular. By the 1980s, the desire to have such a surface became even more important in England after a severe winter saw races abandoned at the end of 1984 into 1985.

Lingfield Park was the first racecourse in England to install an all-weather track, which occurred in 1989. It was actually located inside the track for the turf course and used a surface called Equitrack. Soon, other racecourses began to open all-weather tracks of their own, such as Southwell introducing a Fibresand course not longer after Lingfield Park opened their one. All of these courses were opened to offer flat racing, but it didn’t take long before a desire to see whether jump races could be carried out on them.

The first of November 1989 saw Southwell Racecourse stage an all-weather jump racing card, coming even before the course had been used for flat racing. Martin Pipe trained the winner of the first race over jumps on the all-weather track, with Zulu winning the Novice Hurdle race that was held there. Within two weeks, Lingfield had hosted a National Hunt meeting of its own on the newly installed all-weather track. The races there were far more exciting than they’d been at Southwell, giving some people the impression that the new discipline would be there to stay. 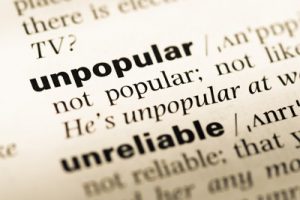 One of the biggest issues faced by jump racing on all-weather surfaces was the quality of the participants. Horses such as Run For Free and Viking Flagship both took part in an all-weather jump event, but the fact that they were destined for the top meant that their owners and trainers soon began to move them away from the new surface in order to concentrate on turf events. As a result, the horses that tended to take part in such events were generally considered to be of much lower quality, stopping the races from being decent to watch.

On top of that, bettors didn’t really trust the integrity of all-weather courses when it came to jump racing. There was a suspicion amongst some punters that the results of the races had been decided upon before they even got underway. Quite where that idea came from is difficult to figure out, but it was very much part of the reason why a section of bettors simply never really took to the discipline. In the world of horse racing, if bettors aren’t spending money then the money the industry makes is limited, so the writing was always on the wall for jump racing on all-weather tracks. 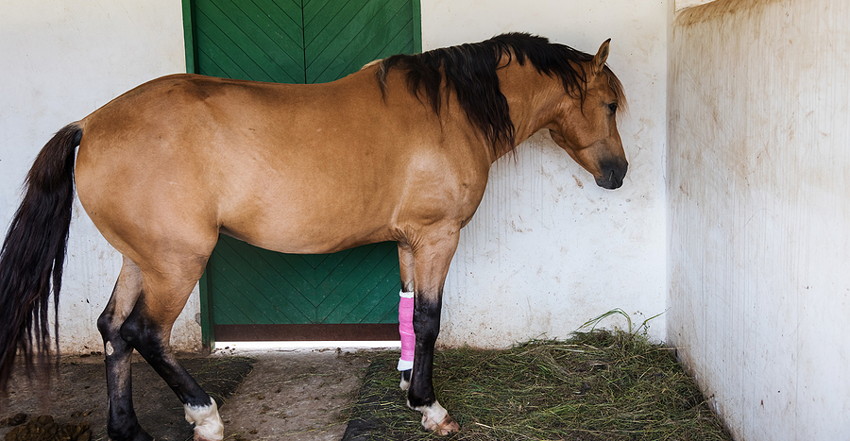 The reality of National Hunt events on all-weather tracks is that the surface was never forgiving enough for it to last. During the early days of all-weather racing, the track was more akin to Firm Going on a turf track. When the Going is Firm, that is good news for flat racing but is not great for jump racing given that horses need to land safely on the track. The shock of landing on firm ground is far too much for most horses, which is why jump racing tends to take place in the winter and flat racing is what happens in the summer.

Within five years of jump racing being introduced to all-weather surfaces, the British Horseracing Board decided to look into the matter. The death of War Beat on the 24th of February 1994 was the final straw for the governing body of the sport, coming on the back of 12 other equine fatalities on all-weather jumps since the turn of the year. The BHB had only been created a year earlier, taking on responsibilities that had previously fallen to the Jockey Club around the idea of protecting participants in the sport.

In the wake of War Beat’s death, the BHB announced that no more jump racing would take place on all-weather tracks for the remained of that season. It was a surprise to virtually nobody when the discipline simply never returned. Whilst it was a shame for the all-weather tracks to lose that part of the horse racing calendar, it made complete sense to stop it from happening given how many injuries were being picked up by horses on the unforgiving surface. Until something could be done, that would be that for jump racing on the all-weather tracks.

When It Nearly Returned

Fast forward to 2009 and the British Horseracing Authority, which had been formed out of a merging of the British Horseracing Board and the Horseracing Regulatory Authority, decided to look once more at the possibility of jump racing taking place on all-weather courses. The thing that drove the desire to reconsider the move was the acknowledgement of the effects of climate change, which had begun to cause havoc with the racing calendar. Freezing conditions at the end of 2008 had meant that there was no jump racing in the UK for a week or so.

That meant that valuable meetings, such as the one that housed the Lanzarote Hurdle at Kempton Park, had to be abandoned. As always, when money is affected then the horse racing industry starts to pay close attention. Paul Struthers, the then-spokesperson for the British Horseracing Authority, said that the organisation would consider a long-term plan if it seemed as though weather was constantly going to interrupt the sport in the years that followed. All-weather courses, he said, would ‘undoubtedly’ have a role to play.

Obviously the chief thing that still hadn’t been resolved, even 15 years after all-weather jumping had been stopped, was the safety of the horses. Speaking on the matter, Struthers seemed to tap into the heart of the issue when he said, “The all-weather is developing, and becoming much safer for horses when they are galloping, and much more able to deal with the elements, but it comes down to the age-old issue of falls. If you fall off your bike on grass, it’s going to hurt far less than if you fall off on a harder surface.”

Part of the reason why the all-weather jump racing didn’t return was that other events proved to be far more valuable. The likes of the Dubai Carnival saw the majority of top-level all-weather horses leave Britain in January because of the level of prize money that was on offer. It was never likely that all-weather racing in the UK was going to be able to compete with the new money emerging in the Far East. Given the extent to which racing depended on the money that came in from betting, ensuring racing was taking place was vital. 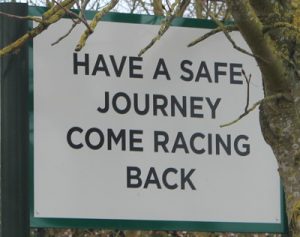 The reality is that none of the climate change issues that reared their head in 2009 have gone away. The extreme weather that was experienced back then might not have let to a long-term issue with frozen tracks and snow happening every January and disrupting the National Hunt calendar, but it has caused issues for racing at different times of the year. Even as long ago as 2002 saw conversations being had about the idea of jump racing returning to all-weather tracks thanks to the more forgiving nature of the likes of Polytrack surfaces.

Equally, the health issues for the horses haven’t gone away either, meaning that there is something of a stalemate to be found between the two sides of the same coin. On the one hand, jump racing needs to be able to take place irrespective of the weather, but on the other it is paramount that the horses taking part in the events are protected as much as possible. In the likes of Switzerland, racing sometimes take place on the courses that have been laid out for the visiting skiers, but the weather is never bad enough in the UK to allow for this.

Whilst money is often the driving factor in the world of horse racing, the one thing that it will never be allowed to rule the roost over is the health and well-being of the animals taking part in the sport. Horse racing already has to contend with countless different animal rights campaigners suggesting that jump racing in general shouldn’t be allowed to take place. The likelihood, therefore, that jump racing on an even more dangerous surface would return in the face of such campaigners is extremely small.